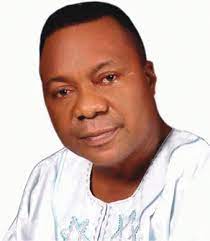 Veteran juju musician, Dayo Kujore, has reportedly died after brief illness in Lagos State at the age of 63.

The singer was said to have breathed his last on Monday morning at the health facility where he was receiving treatment for the undisclosed ailment.

The deceased attended the African Church Primary School and proceeded to African Church Secondary School for his post-elementary education. Both schools were in Igbore, Robiyan, Abeokuta, Ogun State.

After his post-elementary school, the late musician went to Sabo Technical School, Ojuelegba, Lagos State, where he trained as an engineer.

Kujore was born on the 4th of April, 1958 in Igbore Robiyan, Abeokuta, Ogun State to parents who were clerics of the African Church.