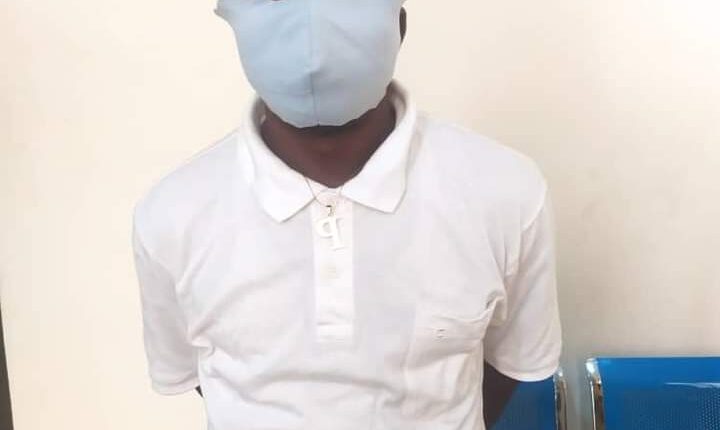 A vessel engineer, John Patani, has bagged  three years imprisonment over illegal operation of vessel, M.T De Praise, on the Nigerian territorial waters without due registration and licence from appropriate authorities.

Patani was sentenced by Justice H.I.O Oshomah of the Federal High Court sitting in Port-Harcourt, Rivers State with an option to pay a  fine of N2, 000, 000 (Two Million Naira only).

He was arrested in February by men of the Nigerian Navy Ship Delta, at Off Shore, Escravos and handed over to member of the Economic and Financial Crime Commission (EFCC), for further investigation and prosecution.

The convict, through a statement by the anti-graft agency, was arraigned on one count-charge of operating a vessel on the Nigerian territorial waters, without due registration and licence, contrary to Section 22 of the Coastal and Inland Shipping Cabotage Act No 5 2003 Laws of the Federation of Nigeria and punishable under same Act.

The charge read: “that you, John Patani and others now at large on or about February 9, 2020, at Offshore Escravos, within the jurisdiction of this honourable court, was the Engineer on board a vessel, MT De Praise, that was without due registration and licence from appropriate authority, piloted in Nigerian territorial waters and thereby committed an offence contrary to Section 22 of the Coastal and Inland Shipping Cabotage Act No 5 2003 Laws of the Federation of Nigeria, 2007 and punishable under Section 40 of the same Act”.

The convict pleaded guilty to the charge when it was read to him and prosecution counsel, Austin Ozigbo, prayed the court to convict and sentence the defendant accordingly.

However, defence counsel, Joshua Solomon, pleaded with the court to temper justice with mercy, as he said his client has become remorseful and has promised never to return to the crime.