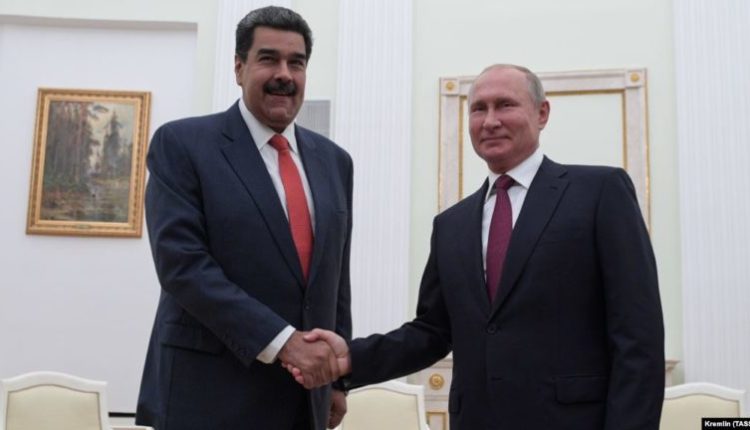 Russian President, Vladimir Putin, has met with his Venezuelan counterpart, Nicolas Maduro, in Moscow,  amid the ongoing political crisis in the South American country.

Maduro arrived in Moscow on September 24. Russia has been one of Maduro’s rare steadfast allies in the face of what it has described as U.S. efforts to undermine him.

Neither Putin nor Maduro spoke about any financial aid in their opening remarks. But Putin said Russia has invested so far some $4 billion in Venezuela.

Putin told Maduro that Russia backed dialogue between the government and opposition to find a way out of Venezuela’s political crisis.

Separately, Russian news agency Interfax reported that Russia planned to supply up to 600,000 tons of grain to Venezuela this year.

Maduro’s visit also comes the day after U.S. President Donald Trump delivered a warning to Venezuela, denouncing Maduro in his speech at the United Nations.

Venezuela’s opposition said earlier this month that a dialogue mediated by Norway to try to resolve the crisis in Venezuela had ended, six weeks after Maduro’s government suspended its participation.

Maduro’s representatives walked away from the table in August to protest against U.S. President Donald Trump’s tightening of sanctions on Caracas.

Meanwhile, diplomatic sources in Brussels, speaking on condition of anonymity, said the European Union had approved sanctions on seven more Venezuelan officials over torture and other human rights abuses, as the bloc seeks to keep up pressure on Maduro.

Ambassadors from the 28-member bloc gave their backing to the measures in a meeting on September 25, bringing to 25 the number of Venezuelan officials under European Union(EU) travel bans and asset freezes.

We are not investigating Osinbajo over alleged corruption in NSIP-EFCC