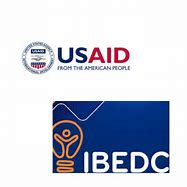 The United State Agency for International Development (USAID) in partnership with the Ibadan Electricity Distribution Company (IBEDC) has informed public and private companies and parastatals, that gender equality is important to level and quality of productivity in the workplace, and that adoption of gender equality processes would encourage growth and development of the country, through the empowerment of a major part of its population.

The bodies explained that women made up over 50% of Nigeria’s population and that they existed as a largely untapped source of human resource and man-power, adding that work places stood to benefit a lot from the varying skills, and talents which women would bring to the table.

According to USAID representative, Khumo Mokheti, fostering gender equality in workplaces had become more important than it ever was, as many women could be seen making notable achievements in actions that negated traditional views which held the feminine gender to be weak and fragile.

Mokheti reiterated that it was important for governments and businesses to fully harness the female workforce, citing limitless possibilities of contributions which they would make towards furtherance and success of the workplace, as well as the country at large.

She said that such empowerment of women should start from childhood by sending the girl child to school through all levels of education, and proper parenting of the girl-child, by letting her know that she is as valued and as important as the male, and opening up all opportunities for female career choices as opposed to keeping some jobs solely for the men.

Speaking on Thursday at the 2020 Discussing Issues Surrounding Career Opportunities (D.I.S.C.O) for Women Conference, titled, “Gender Equality in IBEDC”, Mokheti stated that recent technological advancements had made it possible for anyone, irrespective of age, stature or sex, to follow any career choice, as there was available technology to make discharge of duties easier and seemless, and that as such, women no longer needed to be discriminated against over jobs which might be categorised as physically challenging.

“Equality is a very important aspect at this stage as we are heading towards the fourth industrial revolution and require a different set of skills; the revolution is going to require that we bring all our talent and work together both men and women,”

“In the past there used to be barriers but now with advanced technology the nature of the barriers have changed and there are less barriers for women, what that opens for us is an opportunity for talent, an opportunity to grow and thrive. It is worthy to note that to be highly competitive, competent and thrive as a nation we would need to engage all possible talents, men and women alike”.

Also speaking at the D.I.S.C.O conference, the Chief Operating Officer (COO), IBEDC, Engr, John Ayodele, expressed his appreciation for the partneship offered the distribition company by USAID, saying that it would go a long way to help them achieve goal of a gender equal and gender transformative workplace in the company.

Ayodele, who was represented by the Chief Commercial Officer (CCO), Adeolu Ijose, stated that the company had already maintained a strong gender equality system, which he noted was as result of USAID training programs and support, and that the company still had aim to become more compliant in a bid to achieve worldwide best practice status in all outlets.

The COO explained that company policies had been put in place to ensure full inclusion of women, promote gender equality and build a sense of belonging in all staff, male and female alike, without any discriminatory acts or laws in the company, and reiterated that the company was set to keep, maintain and build on its gender equality policies.

“For instance in IBEDC, there is a strong gender equality statement and that we will continue to keep. It was geared towards promotion of gender equality and at the same time ensures that our women have the sense of belonging within the entity to do better, this is why USAID is in the forefront of pushing us and assisting us to foster harmony so that we can benchmark ourselves towards best practices world wide”.

The company Chief Human Resources Officer (CHRO), Ehi Obaseki, lauded IBEDC’s achievements in making its operations gender equal, adding that equity was law in the company and that everyone was treated fairly by management and staff, regardless of whether they were male or female.

Obaseki urged company employees to follow in steps of the leadership and support the company drive towards ensuring that women grow in their chosen career paths, adding that only by their support could the aims of the gender equality programme be realised to its full potentials.