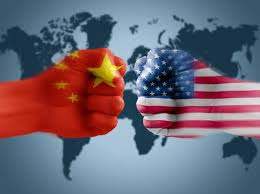 The ongoing face-off between United States and China has intensified with one of the universities in the former terminating its agreement with the Asian country Scholarship Council.

With the new development, over 15 students sponsored under the scholarship scheme have been expelled from the institution, University of North Texas (UNT), and their visas revoked by the US government.

As gathered, the students would be mandated to leave the country under one month, an action that could further fuel the ongoing face-off and strain the over 40 years relationship between China and America.

Educational agreement between both countries was said to contribute about $15 billion to the US economy annually, with the number of Chinese students in US claimed to be about one-third of the total.

The diplomatic relations between both countries included China-U.S. humanities exchanges which were established to play a significant role in steady development of bilateral ties.

Reacting over the development at a press briefing yesterday, Chinese Foreign Ministry spokesperson, Hua Chunying, described the move as another example of the U.S. sabotage of people-to-people exchanges between the two countries.

Hua alleged that there was an anti-China strategy to stigmatize and demonize Chinese students out of personal political interests targeted to suppress and contain China’s development.

“If the U.S. insists on obstinately going its own way, it will ultimately damage the interests of the U.S. itself,” Hua added.

“However, out of selfish gains and political motives, some extremists, anti-China forces have been suppressing China’s strategic need of development, making numerous lies to stigmatize and demonize Chinese students, and even oppressing Chinese students in the U.S. by abusing judicial power under baseless pretexts,” said Hua, adding many Chinese parents, under such circumstances, were skeptical of sending their children to study in the U.S.

The spokesperson said that U.S. was no longer the open, inclusive, and diverse country it used to be and has turned into a country that is filled with “isolation, hatred, and exclusion.

“Openness brings progress, while self-seclusion leaves one behind. This is a harsh lesson learned from history. We hope the U.S. can view China-U.S. relations more rationally and do more things conducive to bilateral people-to-people exchange. If the U.S. insists on going down the wrong path, its own interests will be hurt in the end,” said Hua.