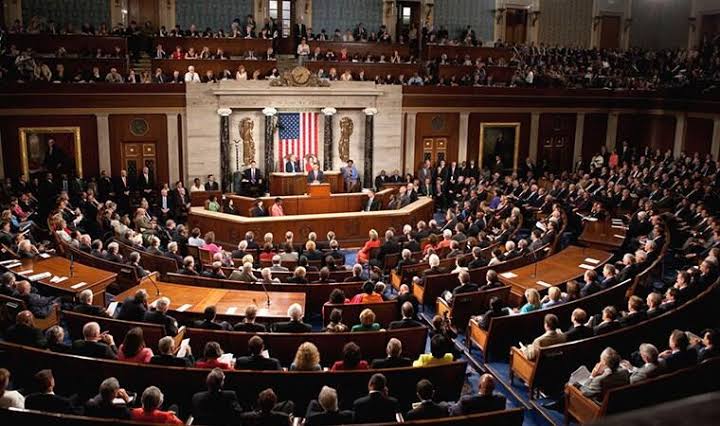 Also, the passed budget would be expended on creating jobs and providing quality healthcare for American citizens that would reduce unemployment statistics and ensure a healthy nation.

The measure passed 50-49 along party lines after a marathon “vote-a-rama” session of amendment votes early on Wednesday morning.

“It puts us on track to bring a generational transformation to how our economy works for average Americans,” he added.

Democratic leaders intend to push the package through over the coming months using a fast-track process known as reconciliation that allows budget-related legislation to pass by simple majority in the Senate rather than the usual 60 votes.

The 10-year budget blueprint pushes Congress toward the next step in President Joe Biden’s ambitious vision for his first term in office and follows on the heels of a $1.2 trillion infrastructure plan, which the Senate approved in a bipartisan vote yesterday and which now moves to the House of Representatives.

It was largely written by independent Senator, Bernie Sanders, who has called it the “most consequential” social spending plan since President Delano Roosevelt’s New Deal of the 1930s in response to the Great Depression.

The spending plan includes funding for climate measures, new investments in infrastructure including items left out of the targeted Senate package, residency status for millions of migrant workers, and two years of paid tuition at public universities.

Senators have until September 15 to submit their amendments. Before the vote on early Wednesday, Senate Minority Leader, Mitch McConnell, said that Democrats were “about to take their first step toward yet another reckless, partisan taxing and spending spree.”

“It will push costs even higher for families. It will shatter President Biden’s promise of no middle-class tax hikes,” he tweeted.

Congress must approve the final spending bills by September 30 to prevent a government shutdown, or extend the current year’s budget into the new fiscal year while debate continues.

But while Senate Democrats are ready to give the green light to the budget resolution in a procedural vote as early as this week, moderates in the party have expressed strong reservations about the total price tag, which means tough negotiations are likely.