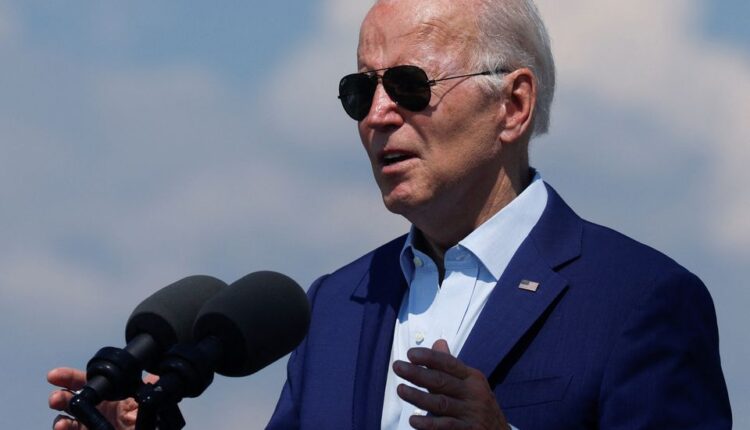 The United States President, Joe Biden has gone into isolation after testing positive for COVID-19 and has begun taking the antiviral treatment.

Biden is said to be experiencing mild symptoms and would continue working but in isolation at the White House.

Confirming the incident on Thursday, the White House physician, Kevin O’Connor said that Biden had been having a runny nose, fatigue and an occasional dry cough, which he began to experience late on Wednesday.

The press secretary, Karine Jean-Pierre through a statement said that the president has been fully vaccinated.

“He is fully vaccinated and twice boosted and experiencing very mild symptoms. Consistent with Centers for Disease Control and Prevention CDC guidelines, he will isolate at the White House and will continue to carry out all of his duties fully during that time,” she said.

According to Jean-Pierre the White House would provide a daily update on the president’s health.

As gathered, Biden’s administration is facing major challenges including soaring inflation and Russia’s land assault on Ukraine. His popularity has dropped sharply over the past year.

Multiple members of Biden’s administration and other senior figures in Washington were said to have tested positive for the coronavirus in recent months, including Vice President Kamala Harris in April, House of Representatives Speaker Nancy Pelosi and Attorney General Merrick Garland.

CAN threatens to control christians PVCs ahead 2023 general elections