29 die during boat mishap in Sokoto 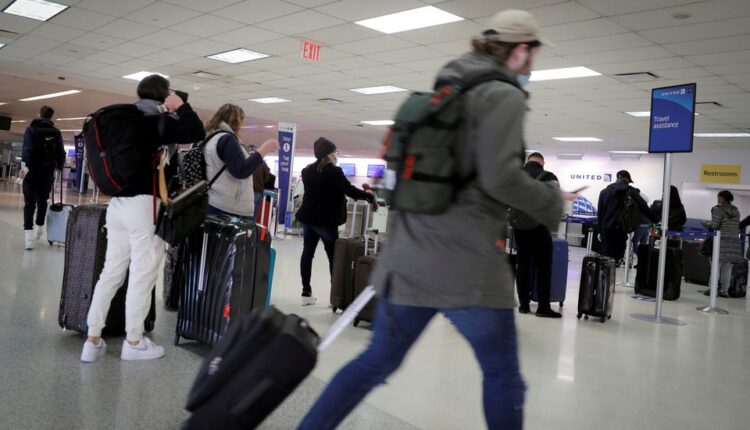 The United States has lifted coronavirus travel restrictions that have barred many international visitors into the country since early last year, measures that have driven down revenue at hotels, retailers, restaurants and airlines 19 months after the pandemic outbreak.

The U.S. travel ban which has been in place during much of the COVID-19 pandemic was lifted on Monday for those living in more than 30 countries. They include Brazil, China, India, South Africa, the United Kingdom, and European countries.

The country said while travelers must be vaccinated and provide a negative COVID-19 test, exceptions would be made for those living in nearly 50 countries where vaccines are hard to come by and where less than 10 percent of the population was vaccinated.

Meanwhile, travellers excited at the prospect of seeing family and friends in the United States for the first time since the pandemic took off early on Monday from London, Paris and other cities following the lifting of U.S. travel restrictions.

The extraordinary U.S. travel restrictions, first imposed in early 2020, had barred access to non-U.S. citizens travelling from 33 countries – including China, India and much of Europe – and had also restricted overland entry from Mexico and Canada.

From Monday, travellers who can show official proof of vaccination against COVID-19 and have had a recent, negative viral test can again fly to the United States. “Really, really exciting. I mean, I was meant to go just before COVID happened, and obviously it’s been delayed this long, so it’s really exciting to finally be able to go,” Alice Keane, travelling to Miami to see her sister, said at London’s Heathrow airport.

The unprecedented travel ban, first imposed by the Trump administration, has dealt a huge blow to tourism but has also kept loved ones from attending weddings, funerals, or meeting new babies.

“I think we might just start crying,” said Bindiya Patel, who was going to see her young nephew in New York for the first time. “We’ve been facetiming the whole year. But, you know, to actually see (them) in person…” said her mother, Bhavna Patel, delighted about getting to meet her grandson for the first time.

The flights are full, Virgin Atlantic CEO Shai Weiss said, while passenger volume is expected to remain high in the coming weeks with the approach of Thanksgiving and winter holidays.

Travellers were equally excited in Paris, which has also seen a huge increase in bookings. “Very happy,” Michel Valente, travelling from Paris’s Charles de Gaulle airport with his wife, relieved that he would finally see his family in the United States in person rather than via video calls.

For Paul Fuchs, it was about the chance to do some tourism again and travel to Disney World. “Finally the opportunity to go back to the U.S!,” he said.

Airlines, which have warned of long queues at first, will check vaccination documentation for international travellers as they already do for COVID-19 test results.

U.S. land borders are also reopening to non-essential travel, though differing rules over coronavirus vaccines threaten to hold up some family reunions for people seeking to cross the 2,000 mile (3,200 km) border with Mexico.

At the land border crossings from Mexico and Canada, U.S. Customs and Border Protection will ask travellers if they have been vaccinated and will spot-check some documentation.

Under-18s are exempt from the new vaccine requirements. Non-tourist travellers from nearly 50 countries with nationwide vaccination rates of less than 10% arealso eligible for exemption.