US issues arrest warrant for Kyari, others link to Hushpupi’s $1.1Bn fraud 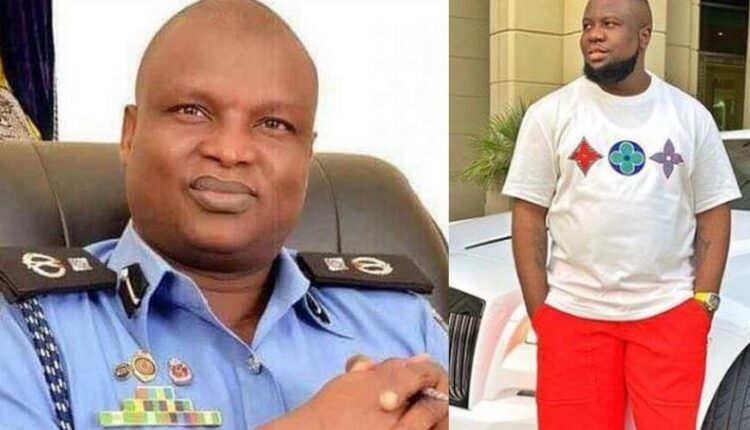 A Califonia Court in United State (US) has ordered that the Federal Bureau of Investigation (FBI) immediately commence the process towards arrest and detention of a Deputy Commissioner of Police in Nigeria, Abba Kyari, over his involvement in a fraud case.

The court ruled that FBI should liaise with the Nigerian authorities to arrest and produce the law enforcement officer before it for prosecution over his role in a multi-million dollar fraud perpetrated by Ramon Abbas popularly called Hushpuppi.

In a warrant approved by justice Otis Wright, the FBI was mandated to pick every co-conspirator involved in the $1.1 million fraud realised through a businessperson attempting to finance the construction of a school for children in Qatar.

In the court document, the law enforcement officer was listed as one of the co-conspirators for his role in a multi-million dollar fraud perpetrated by Hushpuppi.

Abbas was arrested in Dubai, United Arab Emirate (UAE) over fraud and has pleaded guilty to the allegations raised against him in the U.S. barely 24 hours before the case’s seal was removed to ascertain details of it.

The US law enforcement agency had alleged that Hushpuppi and Kyari have been friends and that they were both involved in a conspiracy to launder money.

FBI further alleged that Kyari received bribes from Abbas to arrest and jail a member of the syndicate, 40-year-old Nigerian, Chibuzo Vincent, in Nigeria.

It was learnt that the American prosecutors had sought a court warrant to arrest Kyari on February 12, 2021, but could not get the court approval and that another appeal was requested on April 29, 2021.

After many tries, Judge Wright approved FBI request and permitted the law enforcement agency to arrest Kyari and hold him in U.S. custody was gotten on July 26.

On Thursday, it was not immediately clear whether or not an extradition request has been filed for Kyari to the Attorney-General and Minister of Justice, Abubakar Malami, as he was yet to respond to calls and messages.

Kyari, had meanwhile, denied any involvement in the fraud perpetrated by Hushpuppi, saying he only met the suspected fraudster two years ago and did not benefit financially from the fraudster.

The Police officers added that he and members of his team arrested the 40-year-old Vincent on allegations made against him by Hushpuppi and that the major allegation raised against Vincent by Hushpuppi, which prompted his team into action, was that he threatened to kill every member of Abbas’s family.

The law enforcement officer, meanwhile, said that Vincent was arrested and released after investigations revealed that the allegations were false and that Hushpuppi raised the alarm after a disagreement broke out between them over money.

Through a statement released on his official social media handle on Thursday, he emphasized that the arrest and release were never induced by Hushpuppi and that their aim on the operation was to ensure the safety of lives and property.

He argued that after the release of Vincent, Hushpuppi again contacted him as well as requested that he link him to his designer which he obliged, and that they transacted N300, 000 business.

While arguing that the money was paid into the designer’s account directly, the law enforcement officer narrated that the clothes and cap were delivered to his office and that Hushpuppi sent somebody to Collect them.

Kyari further denied collecting any of the proceeds made by the suspected fraudster and his accomplices from the Qatari school construction fraud, noting that there was no time money exchanged hands between him and the detained Hushpuppi.