By News Desk and agency report 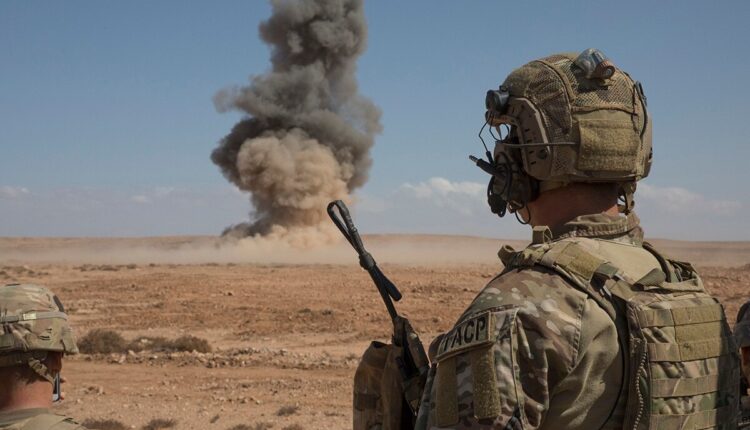 Barely five days after a United States citizen, Philip Walton, was held hostage by bandits in northern Nigeria, America Government has confirmed the rescue of its citizen and killing of seven abductors in the country.

Walton, who was taken hostage by armed men earlier in the week in Niger Republic, was said to have been moved from the location to Nigeria through land borders where he was held.

As gathered, the abductee, a male missionary, was rescued by the Navy’s elite SEAL Team 6 that were flown to the region by Air Force special operations.

It was learnt that during the mission, which lasted for several hours considering the terrain, the US forces gunned down seven captors that were believed not to have affiliation with none of the terror groups including Boko Haram.

The source added that the captors, who held Walton after his arrival weeks ago, were said to be bandits seeking money and sometimes exchange their captives for funds to be provided by the terrorist group.

Aside from the seven killed during the mission, the US government, while confirming the rescue on Saturday, stressed that none of the team members sustained injuries during the operation.

Commending the personnel, President Donald Trump, described operation as a success and said that more details about the mission would be shared soon.

He said: “I want to thank the Special Forces. We had a tremendous event happen and really these are incredible people that do this”.

The US Secretary of State, Mike Pompeo, disclosed that the US missionary would be reunited with his family, just as described the courage of the team as extraordinary.

Pompeo, in a statement made available to newsmen, assured that the US government would never abandon any citizen taken hostage by groups across the world.

He said: “Thanks to the extraordinary courage and capabilities of our military, the support of our intelligence professionals, and our diplomatic efforts, the hostage will be reunited with his family”.

Hoffman said: “U.S. forces conducted a hostage rescue operation during the early hours of 31 October in Northern Nigeria to recover an American citizen held hostage by a group of armed men. This American citizen is safe and is now in the care of the U.S. Department of State.

“We appreciate the support of our international partners in conducting this operation. The United States will continue to protect our people and our interests anywhere in the world.”

Before the arrest, the governor of the local region where the abduction took place, Abdourahamane Moussa, narrated that six men on motorbikes armed with AK-47s came to the man’s property in the village of Massalata, close to the border with Nigeria.

Moussa added that the bandits took the American citizen with them in the direction of the Nigerian border where he was held after the abduction in recently.

The State Department spokesman said that “when a U.S. citizen is missing, we work closely with local authorities as they carry out their search efforts, and we share information with families however we can.”