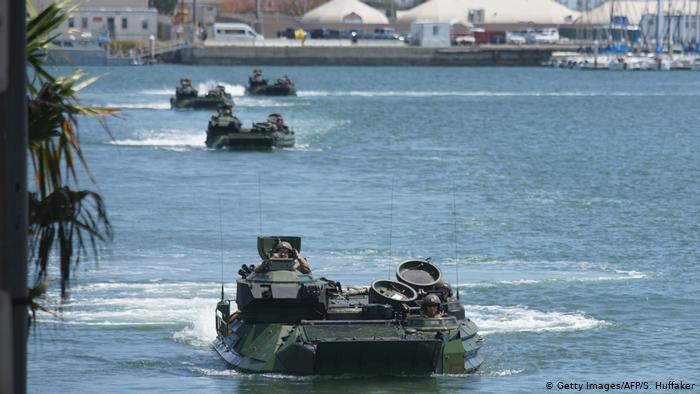 After 40 hours of intense search and rescue operation for eight missing military officers on California waters, the United State Government has suspended the operation, increasing death toll from the ill-fated amphibious vehicle to nine officers.

During the hours spent in the search, eight of the 16 officers on board the amphibious vehicle, an armored 26-ton transporter designed to move both on land and sea, were rescued but one later died minutes after he was placed on admission in a hospital.

The sinking of a US navy vehicle triggered a large-scale search for survivors off California, with Marine, Navy, and Coast Guard helicopters, ships, and watercraft covering an area of over 1,000 square nautical miles.

As gathered, the vehicle started taking in water as the service members, who were in combat gear, including body armor,  and equipped with flotation devices, were returning to a navy ship after completing a task on the nearby island of San Clemente.

Announcing the suspension, head of 15th Marine Expeditionary Unit, Colonel Christopher Bronzi, yesterday, stated that efforts would switch to recovery of the military officers’ body, saying, it is with a heavy heart that I decided to conclude the search and rescue effort.

Explaining reasons for the move, Marine Corps commandant David Berger, said the move to halt the search was made after all resources that could aid their rescue or recovery were exhausted by the government.

“I know all of us in the USMC family are extremely saddened following the announcement of the end of SAR operations. This difficult decision was made after all resources were exhausted. Our prayers continue to be with the family and friends of the 8 Marines and one Sailor we lost”.

The accident prompted the US Marine Corps to suspend waterborne operations for over 800 amphibious assault vehicles used by the branch until the cause of the accident is determined.

Confirming the suspension, Berger stressed that the decision was made out of an abundance of caution to prevent further tragedy.