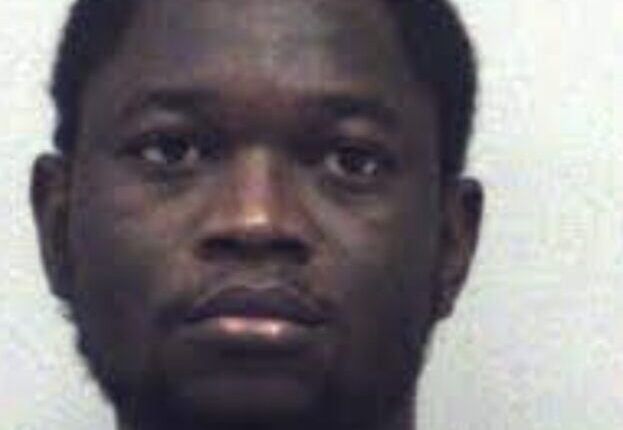 The United States (US) court has sentenced a Nigerian social media celebrity, Bamidele Muraina, popularly called Dele Ewe, to five years and 10 months imprisonment for tax fraud and for filing bogus jobless claims in the state of Washington.

Dele Ewe was sentenced alongside his Zambian conspirator, Gabriel Kalembo, a previously convicted fraudster, and has been ordered by the court to refund $561,125.62 in restitution aside from the sentence.

The Nigerian was sentenced by U.S. District Judge William Ray II in Atlanta, to 70 months jail terms and would be followed by three years of supervised release.

Dele Ewe’s conspirator was sentenced by Judge Ray to four years and two months imprisonment to be followed by two years of supervised release, and he ordered Kalembo to pay $298,008.71 in restitution.

Dele Ewe, who lived in Atlanta, is the second Nigerian, after Abidemi Rufai of Ogun, to be arrested over the massive fraudulent jobless claims that hit the U.S. state last year.

During the court proceedings, U.S. acting Attorney, Kurt Erskine narrated that the defendants, who had been engaging in fraudulent actions, recently stole funds from programs meant to assist American workers and families seeking to make ends meet during the COVID-19 pandemic.

“The collaborative efforts of our law enforcement partners were essential to disrupting a sophisticated network of criminals and bringing their leaders to justice.”

“The conspirators not only stole from the government but also victimized individuals and private businesses in this case,” said IRS Criminal Investigation Special Agent in Charge James E. Dorsey.

“Recovering from ID theft often costs time, money, and stress for all parties involved. Thanks to successful partnerships with our agency counterparts and leveraging our financial expertise to serve and protect our communities from further harm.”

“The COVID-19 pandemic has had a devastating effect on us all. The enterprise created by these serial criminals further victimized our citizenry by robbing them of financial resources that were intended to help them,” said Special Agent in Charge Steven Baisel, U.S. Secret Service Atlanta Field Office. “Thanks to our judicial system, justice has been served.”

“Bamidele Muraina engaged in a conspiracy to defraud the Employment Security Department of Washington State (“ESD-WA”) by filing dozens of fraudulent unemployment insurance (UI) claims in the names of identity theft victims who were not entitled to such benefits.

As part of the same conspiracy, Gabriel Kalembo and his conspirators laundered the unlawfully obtained UI benefits from ESD-WA by purchasing and then later negotiating hundreds of money orders.

“We will continue to work with our law enforcement partners and state workforce agencies to protect the integrity of unemployment insurance benefit programs,” said Rafiq Ahmad, Special Agent in Charge, Atlanta Region, U.S. Department of Labor Office of Inspector General.

“The sentencing of the defendants should serve as a deterrent to all who intend to exploit the COVID-relief programs that were designated to assist those in need during the pandemic,” said Tommy D. Coke, Inspector in Charge of the Atlanta Division of the United States Postal Inspection Service. “Postal Inspectors will continue to work with our law enforcement partners to investigate anyone that steals federal funds to enrich themselves and have them held accountable under the law.”

“These criminals shamelessly stole people’s hard-earned tax returns and money meant to help families during the pandemic, but thankfully they were exposed and are now facing justice,” said Special Agent in Charge Katrina W. Berger, who oversees Homeland Security Investigations (HSI) operations in Georgia and Alabama. “HSI and its law enforcement partners will continue to aggressively pursue those that seek to profit from these activities.”

According to Acting U.S. Attorney Erskine, the charges and other information presented in court: Bamidele Muraina was a Nigerian national residing in the metro Atlanta area at the time of his offenses.

Between at least January 29, 2018 and continuing through approximately April 2020, Muraina hacked into multiple tax preparation and accounting firms located in several states, including a Brunswick, Georgia-based accounting firm. Muraina obtained access to the firms’ accounts with a national tax preparation program, stole personally identifiable information from their clients, and filed more than 275 fraudulent individual income tax returns in their names via the Internet.

Between May 9, 2020 and May 16, 2020, Muraina used stolen personally identifiable information from Washington residents to submit false claims for unemployment insurance benefits in Washington.

Based on Muraina’s fraudulent claims submitted in the names of approximately fifty Washington residents over a one-week span, the State of Washington issued more than $280,000 in unemployment benefits.

Muraina directed fraudulent funds from his unemployment benefits scheme and tax fraud scheme to be deposited into bank accounts set up by co-conspirators, including Gabriel Kalembo, who was convicted in 2017 of conspiracy to commit wire and bank fraud in the Northern District of Georgia.

Kalembo recruited Zambian nationals to travel to the United States on tourist visas to incorporate sham corporations in Georgia and open business bank accounts in the names of those corporations.

After the fraudulent funds were deposited into those accounts, Kalembo laundered the funds by cashing money orders purchased with debit cards linked to the accounts.