US based APC member advises Lagosians on COVID-19 during Yuletide 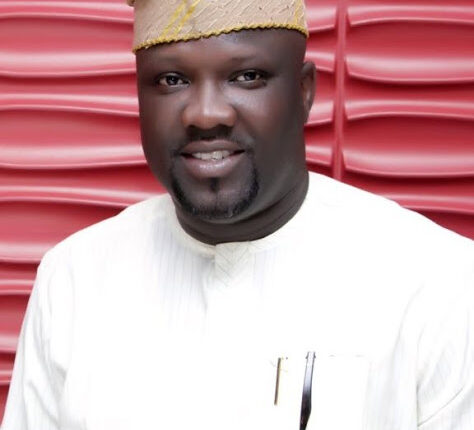 A US-based member of Lagos State chapter of All Progressive Congress (APC ) and an accounting expert,  Dr. Lanre Sanusi, has advised residents within Lagos environs to take needed precautionary measures against COVID-19, particularly during Yuletide as another wave of the virus is hitting high in Nigeria.

Sanusi said that Lagosians would have to assist the state government in managing the situation by adhering to the state safety rules and directives recently issued and put in place to ensure the deadly virus was been minimally controlled.

Meanwhile, the accounting expert advised was coming at a time when an increase in cases of COVID-19 was noticed and the government had directed that schools, places of worship, clubs, bars among others should be put under lock indefinitely.

Speaking to The Guild during a telephone conversation on Wednesday, Sanusi indicated that residents may not be comfortable with some restrictions been put in place by the state government to curtail the diseases but that the government needs endurance and sacrifices of its people to win the fight against the deadly respiratory disease.

He explained that the virus was a global disease that no government must tackle with kids’ gloves and that similar decisions like that of Lagos state government had been taken by governments of other countries where cases of the pandemic had not stopped growing.

The accounting expert stated that there were needs for Lagosians to avoid crowding and unnecessary contacts particularly during the Yuletide so as not to encourage uncontrollable spread of the virus and reduce dangers it might pose on lives.

Sanusi maintained that recent actions by the government to reduce contacts in public by restricting public gatherings and other social events were necessary and timely as there were no better ways of preventing another wave of the COVID-19 than the approach taken.

He appealed to Lagosians to comply to the state government’s indefinite ban of carnivals, concerts, and street parties across the state just as it was extended to churches and mosques operation, leaving worship centres gathering to 50 percent congregation depending on capacity.

According to him, the state government has demonstrated best form of responsible government by directing public servants under Grade Level 14 and below, except emergency workers and first responders, to work from home for 14 days to do determine level of the new wave of the disease.

He said: “What the Lagos state government wants is the cooperation of its people in fighting and winning this battle against the pandemic and that is why I am appealing to entire Lagosians to lend the government the needed supports.

“The new wave of COVID-19 has sparked across globe and some countries are even beginning to start closing their borders and that is why Lagoians need to avoid unnecessary contact, gathering and crowing areas particularly during this Yuletide to stem down the spread.

“Going by the economy constraints attached to the Lagos state government actions, I know the situation is not favorable to the large number of people and ordinary Lagosians who are likely to be directly affected, but there is need for everybody to sacrifice and endure for a very little time,” he added.

However, Sanusi promised to continue making awareness on safety tips and precautions about  COVID-19 within his constituency in Ikorodu eastern part of Lagos, just as he urged Lagosians to maintain peace and remain responsible during Christmas celebration.

“This period, the usual and cultural ways of celebrating Christmas would be different due to the pandemic and Lagosians must remain peaceful and law-abiding while celebrating the season in a low key,” he added.