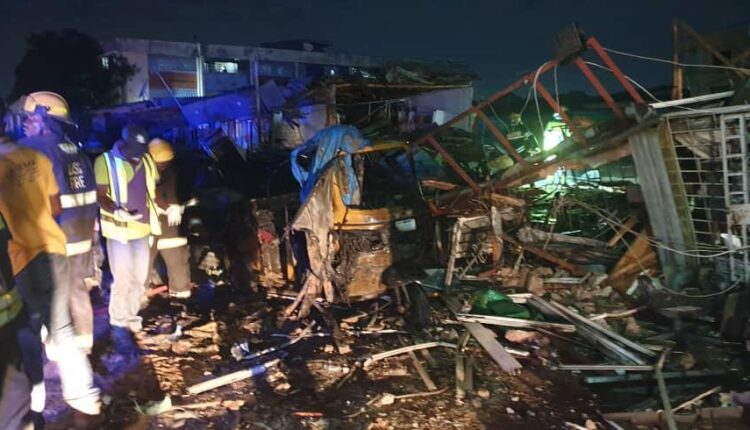 At least three persons have dead and no fewer than three others sustained varying degrees of injuries when a gas explosion occurred in Ajao Estate, Oshodi-Isolo Local Government, Lagos State.

Also, over two cars worth millions of Naira were destroyed by fire that emanate after the explosion that occurred on Tuesday evening.

The Guild gathered that the explosion that rocked the axis occurred on Inua Mohammed Street. off Asafariogun street and left dozens of residents to scamper for safety after the explosion sound enveloped the community.

An eyewitness at the scene told our correspondent that the deafening sound was heard at about 7pm from a gas shop in the community.

Confirming the tragedy, the Acting Head, Lagos State Fire and Rescue Service, Margaret Adeseye, stated that on arrival at the scene, three bodies, including two females, were recovered, and two others injured victims rushed from to an undisclosed hospital for treatmemt.

Adeseye stated that the fire that emanated from the explosion destroyed two vehicles, a Toyota Camry and Kia saloon cars with registration number LSR 825 FA and EPE 212 CA respectively, a Tri-cycle and some shops at the scene.

She said: “The explosion is a resultant effect of de-caning of an accytelene gas by one  of the vendor on L row where seven shops were severely chattered after the explosion”.