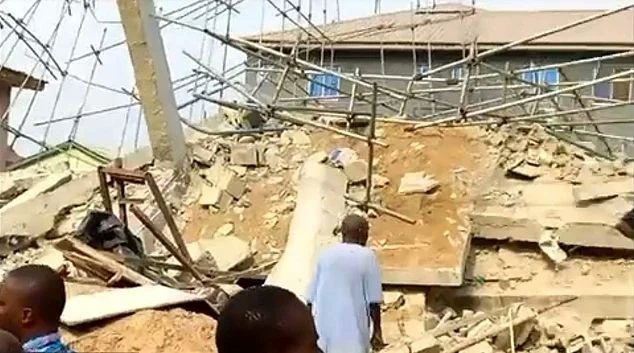 Atleast two bricklayers have been confirmed to have died and two others left with varying degrees of injuries after being brought out under the rubble of a three-storey building under construction that collapsed in the Yaba axis of Lagos State.

While the first deceased adult bricklayer’s body, whose identity was yet to be ascertained, was said to have been recovered under the collapsed structure at about 8:34 pm, the other was brought out 9:45 pm by the State’s emergency rescue officers.

It was learnt that the two persons, rescued under the rubble of the building minutes after the structure came down on Saturday, were identified by residents as an adult and a teenager.

Aside from the two, residents claimed that some workers might be trapped under the building since it was under construction when it caved in.

As gathered, the ill-fated building on Akanbi Crescent was under construction, and it collapsed on another building beside it in the community.

The Director-General, Lagos State Emergency Management Agency, Dr Olufemi Oke-Osanyintolu, confirmed the incident and that the rescue operations were still ongoing at the disaster site.