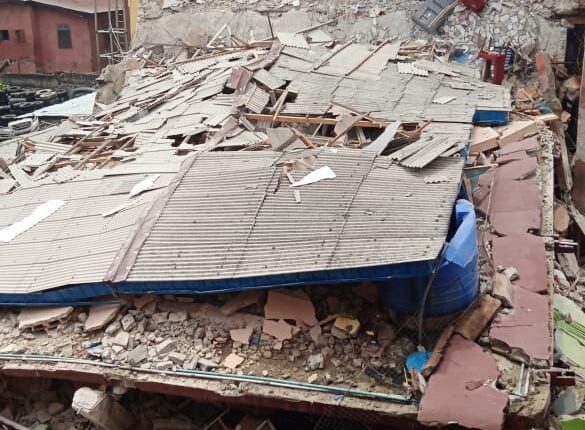 No fewer than two persons were reported to have been rescued under rubbles of the three-storey building that collapsed in Mushin Local Government, Lagos State.

The building, which was erected on Oye Sonuga street opposite Oye roundabout, was said to have collapsed around 12:30 pm on Friday in the council.

As gathered, a part of the collapsed building was also used for relaxation and nightclub businesses before it caved in with about three people declared missing.

The number of the rescued occupants was confirmed by NEMA spokesperson, Ibrahim Farinloye, and Permanent Secretary, LASEMA, Dr. Olufemi Oke-Osanyintolu, though statements that were made available to newsmen in the state.

Farinloye disclosed that during an interrogation of the rescued occupants, it was discovered that the collapsed building had been given signs. 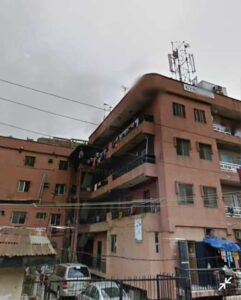 “The signs were noticed this week but rather than give it utmost consideration, the residents and neighbours ignore the signs”, the NEMA spokesperson added.

Oke-Osanyintolu said that the collapsed building was an adjoining building to another three-storey building in the community.

He noted that residents claimed that aside from the two rescued, another two female occupants of the building were still missing, prompting the emergency officials to commence search and rescue operations.

According to him, however, there are visible cracks on the remaining standing building that needs urgent attention. The building has been cordoned off and evacuated”.