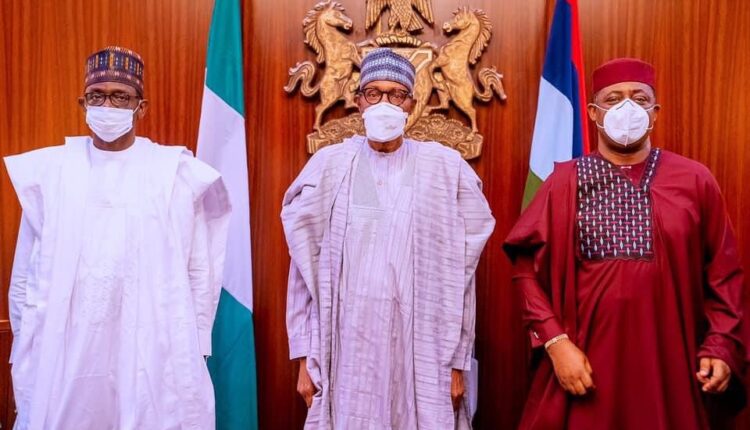 Fani-Kayode, who served as minister during President Olusegun Obansanjo and Goodluck Jonathan’s administration, said that his defection was influenced by the Holy Spirit to join the ruling party and support president Muhammadu Buhari’s developmental agenda for the country

The erstwhile outspoken opposition figure was presented to President Muhammadu Buhari by the Chairman, Caretaker Committee of the APC, and Governor of Yobe State, Mai Mala Buni on Thursday at the Presidential Villa, Abuja.

Briefing State House Correspondents on his move, he alleged that he was instrumental to the defection of three PDP governors, including Dave Umahi of Ebonyi State, Ben Ayade of Cross River State and Bello Matawale of Zamfara State, to APC.

According to him, I was led by the Spirit of God in my decision to join the APC and help for the unity of the country because I am against anything that would cause the disintegration of Nigeria.

He said, “I have done what I did today, I am happy with it and I’m very aware of the fact that I’m being led by the spirit of the Lord and I stand by what I have done.

“The point is that I felt that this was the appropriate time to do the right thing, to put Nigeria first and to appreciate the efforts that have been made, particularly in the last couple of years in terms of security, fighting insurgency, fighting terrorism, and most importantly, is the appreciation of the fact that we must remain one as a nation, build bridges, work together to move the country forward.

“It’s very important for us to appreciate the fact that when we see that there are good things that are happening, we appreciate those good things, it’s not always negative and when the time is right, we change direction to join forces and join hands to move the country forward.

“Doing this doesn’t mean we’re enemies to anybody. All of us, even if we’re in another party, the PDP or any other party or any other group, we can still work together across party lines, regional lines, ethnic lines, and religious lines, the most important thing is for us to understand and appreciate the fact that Nigeria must not disintegrate and those that want us to end up fighting one another in a war will be put to shame.

“There are people that think like that and that is what informed me to come here to meet Mr. President, he was very gracious, he was very good to me today, spoke so well and it’s an honour for me to be here and we will move the country forward together.”