Police, DSS, others beef up security ahead PDP S’West…

UPDATE: Four die, others trapped after building collapses in Lagos 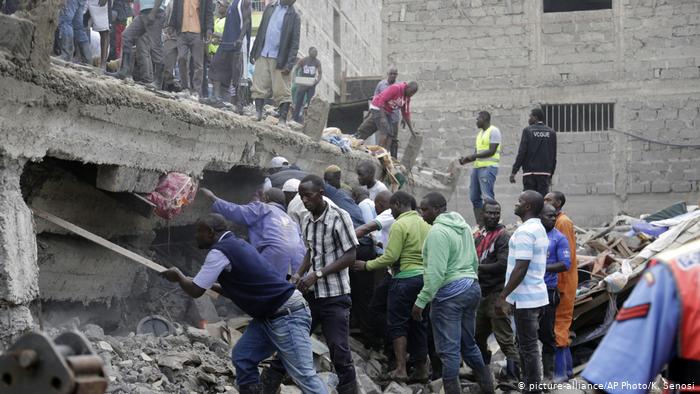 No fewer than four persons have reportedly died and scores of others trapped in rubbles after a Four-storey building collapsed in Obalende axis of Lagos State.

As gathered, those who had been recovered from the building situated at 60 Odo Street, Obalende, Lagos Island, which was said to be under construction, include three males and one female.

Others rescued alive at the ongoing rescue mission, it was gathered, were eight males from the building said to have collapsed on its occupants.

Confirming the development, the Lagos State Emergency Management Agency (LASEMA), said that the cause of collapsed was yet to be ascertained and that rescue efforts were ongoing by its officials and other emergency responders.

LASEMA spokesperson, Nosa Okunbor, said that the eight victims were rescued and have been transferred to the Lagos Island General hospital by the agency’s paramedics for adequate medical attention.

“Four persons (three males and one female) have so far been recovered dead and handed over to SEHMU at the incident scene. Recovery operation still ongoing,” Okunbor said in a terse statement.