Lagos man in police net after wife dies during argument 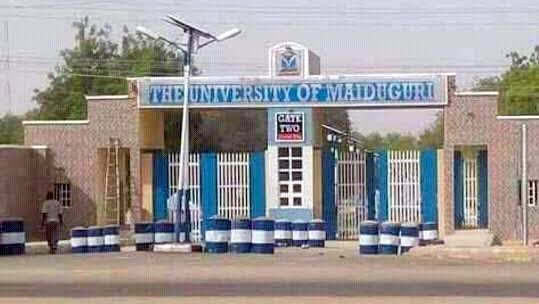 The University of Maiduguri has introduced various academic programmes and course on terrorism and other crimes to help in tackling insecurity in the country.

The Vice Chancellor of the school, Aliyu Shugaba, stated that the region had faced the problems of insecurity in the last 12 years, noting that on assumption into office in 2019, he was able to safeguard the school environment.

While speaking to newsmen in Abuja on Sunday, Shugaba said that the past two and half years have been eventful in the university with the achievement here and there.

“We have been able to record some successes even in difficult areas. I want to say that one of our greatest challenges in the past 12 years is the problem of insecurity,” he said.

He said that he ensured that all reports that had been submitted to the federal government on the issue of security and the perimeter fencing of the school were followed up, adding that the security gadgets installed have improved security.

“I was so lucky the Federal Executive Council (FEC) gave approval for the funding to construct the fence and also to put up some security gadgets within the campus of the university. This is to be able to handle the insecurity issue that is always bedeviling us.The security gadgets have been mounted successfully and we are using them to monitor certain things,’’ he said.

However, Shugaba said that owing to the challenges of insecurity, the institution began the processes of development projects, infrastructure and academic development, adding that many projects including classrooms, students’ hostels and road constructions have sprung up within the university.

He said that the school had introduced many programmes which will curb the insecurities in the country, noting that support of some individuals and agencies who have shown support through their infrastructural interventions.

“We have come up with so many programmes, including B.Sc Biotechnology, B.Sc Nutrition and Dietetic and many other degree programmes we feel are necessary for the university. We came up with a faculty of environmental studies looking at bringing on board Architecture, Building engineering and many other programmes.

“ Most importantly too, we have got some intervention projects from even individuals and agencies such as the Nigerian National Petroleum Corporation that gave the whole Department of Oil and Gas Engineering.
Individuals like Alhaji Mohammed Indimi has also given us a structure that will now house Centre for Distance Learning as well as the Business School and our affiliated colleges,’’ he said.

He further promised that other projects embarked on by the institution would soon be completed in no time.