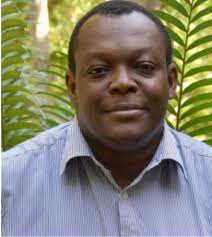 The Vice-Chancellor of the University of Ilorin (Unilorin), Prof. Sulyman Abdulkareem, has congratulated the newly appointed Director-General of the National Center for Disease Control (NCDC), Dr.  Ifedayo Adetifa, just as he described the appointment as honour to the varsity.

Abdulkareem said that the appointment of Adetifa, a 1997 medical graduate of the institution, was due to his rich antecedents as a consummate infectious diseases epidemiologist.

According to him, Dr. Adetifa is well suited for the job, and his appointment as one that takes over from Dr. Chikwe Ihekweazu, who was appointed by the World Health Organisation (WHO), is indeed a round peg in a round hole.

The Don also said that the appointment of an ex-student, a truly distinguished alumnus of the University, by President Muhammadu Buhari, indicated the standard that the varsity had over the years maintained since its establishment.

Through a statement made available to newsmen by the University’s Director of Corporate Affairs, Kunle Akogun, yesterday, the Vice-Chancellor said: “Unilorin is highly honoured with the appointment of Dr. Adetifa”.

He, meanwhile, urged the NCDC boss to go into his new office with the legendary dedication and commitment for which he had been known over the years both within and outside the country.

The Vice-Chancellor assured Nigerians that Adetifa “a thorough-bred product of the great Unilorin Medical School, will work assiduously, in the best Unilorite tradition, to justify the national confidence reposed in him”.

Abdulkareem added, “I am sure that Dr. Adetifa will definitely consolidate the gains recorded by his predecessor, and even surpass it, as he moves the fight against COVID-19 to a new level”.