Our plan for Hijab advocacy in 2022- Islamic bodies 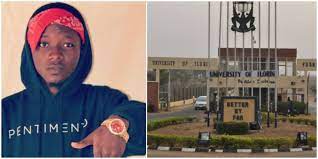 The management of the University of Ilorin has expelled a final-year student, Salaudeen Waliu from the Department of Microbiology after being found guilty of assaulting a female lecturer, Rahmat Zakariyau.

Waliu’s expulsion from the institution was the recommendation of the Student Disciplinary Committee that investigated his assault on the female lecturer that was assigned to supervise student project.

Meanwhile, the committee said that Waliu has 48 days to appeal the verdict if he feels dissatisfied with its decision reached after the investigation.

Through a statement by the Varsity’s Director of Corporate Affairs, Kunle Akogun, disclosed on Tuesday that Waliu has been handed over to the police for further necessary action after facing the panel where he confirmed to have attacked the lecturer.

Akogun, during an interview with pressmen, stressed that the student has been informed of the committee’s verdict through a letter that had been handed over to him.

The letter reads: “You will recall that you appeared before the Student Disciplinary Committee (SDC) to defend yourself in respect of an allegation of misconduct leveled against you. After due consideration of all evidences before it, the Committee was convinced beyond any reasonable doubt that the allegation of misconduct has been established against you. It has accordingly recommended to the Vice-Chancellor, who in exercise of the power conferred on him, has directed that you Salaudeen, Waliu Aanuoluwa be expelled from the University.” It read.

“Accordingly, you are hereby expelled from the University with immediate effect. You are required to submit forthwith, all University property in your custody including your Student Identity Card to the Dean of Student Affairs or his representative and keep off the campus.

In case you are dissatisfied with this decision, you are free to appeal to the University Council through the Dean, Faculty of Life Sciences to the Vice-Chancellor within forty-eight (48) days of the date of this letter.” It added.

As reported by The Guild, the trouble started between the two when the lecturer, Zakariyyah, who was assigned to supervise his project allegedly observed that the student did not participate in any SIWES.

It was learnt that the lecturer, when approached by the student, turned down the request that the exercise is recorded for him since the internship was not performed as stipulated by the school.

Angered by the lecturer’s decision, eyewitnesses narrated that the student, allegedly entered the lecturer’s office and started banging her table, moved closer to her, and began to slap her.

The lecturer had tried to escape but the student did not allow her to leave but rather kept assaulting the lecturer within her office.

After several minutes, she rushed out and ran into an office but he broke the window and started punching her to express his dissatisfaction with her stance.

According to eyewitnesses, In an attempt to escape, the lecturer fell down, sustained a head cut, and was strangled by the student till she fell into a coma while the perpetrator was arrested by the security personnel of the university and handed over to the Police.