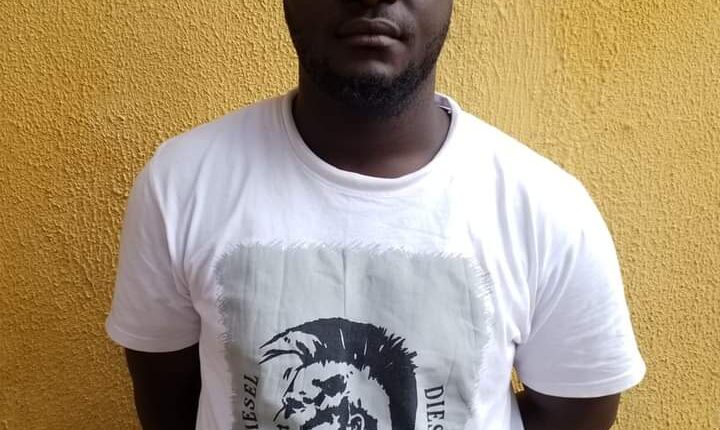 A Kwara High Court, sitting in Ilorin, has sentenced a 24 years old student of University of Ilorin, Salau Olumide, to a three months community service for engaging in internet fraud in the state.

Olumide, who was sentenced to a non-custodial service, was ordered by the court to engage in sweeping of roads and clearing of drainages as punishment for impersonating a Caucasian, Rick Freeman, to demand for money from the public.

Delivering his judgement after the undergraduate pleaded guilty, Justice Sikiru Oyinloye, said that the offence was a one-count charge and ordered that the convict make himself available to the non-custodial service unit of the Nigerian Correctional Service, Madala, Ilorin for profiling and documentation.

The judge warned the convict that failure to comply would attract six months imprisonment and he must provide notes at the expiration of the community service term to the Chief Registrar of the High Court of Justice, Kwara State as proof of confirmation that he actually observed the non-custodial sentence.

Olumide is to sweep Tanke Road, starting from GTB junction to Abulennla Furniture, University Road, Tanke, Ilorin, starting from September 7 and end to end on December 7, 2020 or pay N50,000 option of fine.

He was said to have been arrested by Economic and Financial Crimes Commission (EFCC) Ilorin zonal office and prosecuted on one-count charge of attempting to cheat by criminal impersonation.

The charge read, “That you, Salau Olumide (a.k.a Rick Freeman) between November, 2017- August, 2018 at Ilorin, Kwara State, within the jurisdiction of this honorable court, attempted to cheat by personation by pretending to be one Rick Freeman, a white Caucasian with an email account; [email protected] and thereby committed an offence contrary to Section 95 and 321 of the Penal Code Law and punishable under Section 324 of the same Law”.