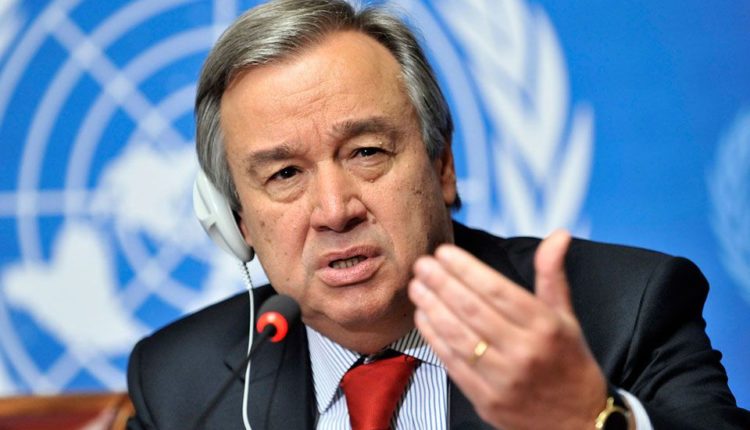 The United Nations has raised concerns over unfriendly attacks which have beein fielded against womens rights advocacy i many countries around the world, noting that even in the 21st century, women are yet to be accorded their right of place in the order of things.

According to the UN, there has been little or no commitment to gender equality in world, thus causing increase in injustice, inequality and the denial of human rights of the womenfolk.

The UN said noted that if allowed to continue, the world all over will miss out on benefits from the intelligence, experience and insights of more than half of the human race.

Speaking at the New School: “Women and Power”, the UN’s Secretary-General, Antonio Guterres, explained that despite the various activities of female heads of state which have dispelled all about women’s ability to lead in the 21st century,  the state of women’s rights remains dire.

He said, “Today, as Secretary-General of the United Nations, I see one overwhelming injustice across the globe; an abuse that is crying out for attention. That is gender inequality and discrimination against women and girls. Everywhere, women are worse off than men, simply because they are women. Migrant and refugee women, those with disabilities, and women members of minorities of all kinds face even greater barriers.

“This discrimination harms us all. Just as slavery and colonialism were a stain on previous centuries, women’s inequality should shame us all in the 21st. Because it is not only unacceptable; it is stupid. Only through the equal participation of women can we benefit from the intelligence, experience and insights of all of humanity. Women’s equal participation is vital to stability, helps prevent conflict, and promotes sustainable, inclusive development. Gender equality is the prerequisite for a better world.”

Guterres added that the discrimination against women is not a new issue as women have been fighting for their rights for centuries, saying, “there is a strong and relentless push-back against women’s rights. Violence against women, including femicide, is at epidemic levels.”

According to him, more than one in three women would experience violence in some form during her lifetime, noting that legal protections against rape and domestic violence are being diluted or rolled back in some places, with victim shaming practices prevalent in many regions around the world.

The UN boss, however, advised leaders world over to prioritize the issue of gender equality, as it has enormous benefits, adding that, transforming the balance of power is essential, not only as a question of human rights, personal development, health and wellbeing, but also as critical to solving some of the most damaging and intractable problems of our age, from deepening inequality and polarization to the climate crisis.

He called on governments world-over to take necessary steps to entrench equal rights, with particular regard to the protection of womens’ rights, in all levels of their societies, adding that only when over half of the human population is treated properly, would therebe true growth and progress.