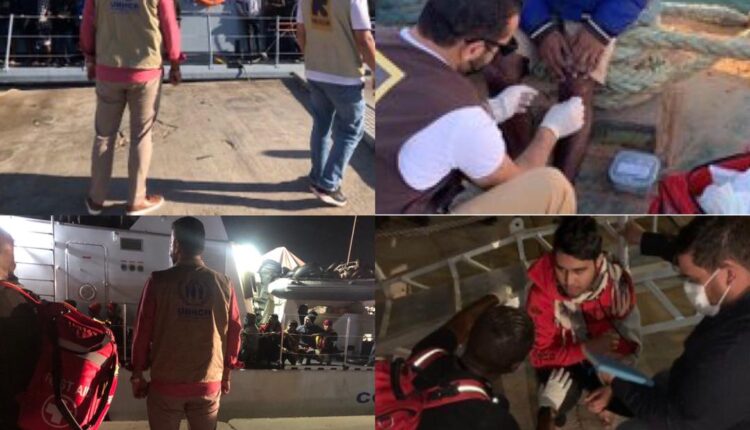 More than 650 illegal migrants have been rescued and caught off the coast of Libya were sent on Sunday to the country’s capital Tripoli, according to the UN Refugee Agency (UNHCR).

“Survivors departed aboard 4 rubber boats from Zwara, and were intercepted/rescued and returned in 2 different disembarkations,” the agency said.

The Libya agency’s spokesman, Tarik Argaz, who disclosed this on Monday through the agency’s Twitter account, said that the migrants were sent to detention centers, “where dire conditions and abuse are common currency,” after receiving medical assistance.

Libya has become one of the important points in the crossing of African irregular migrants, who have escaped poverty and conflict in recent years, to Europe.

According to the International Organisation for Migration and UNHCR, migrants and refugees in Libya continue to be subjected to arbitrary detention, ill-treatment, exploitation, and violence, conditions that push them to take risky journeys especially sea crossings that may face fatal consequences.