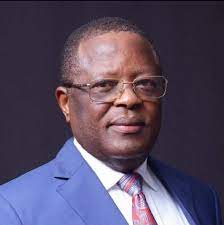 The Governor of Ebonyi State, David Umahi has suspended the state Commissioner for Finance and Economic Development, Orlando Nweze indefinitely over alleged inability to discharge his duties effectively and efficiently.

The governor was said to have directed Nweze to handover all government property in his possession to the permanent secretary of the ministry before the close of work on Wednesday, June 15, 2022.

As disclosed through a statement signed by the Secretary to the State Government (SSG), Kenneth Ugbala, and made available to newsmen on Wednesday, in Abakaliki, the suspension notice was said to have been served to the Commissioner.

Ugbala further disclosed that the governor had directed that the commissioner should adhere strictly to the directive by complying to the served suspension.

According to the statement: “Please, ensure strict compliance to this directive,”