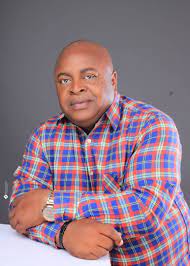 The Governor of Ebonyi State, David Umahi has appointed a veteran journalist, Chooks Oko as his new Special Assistant on Media and Strategy.

The appointment was said to be with immediate effect while his predecessor, Francis Nwaze has been reassigned as the new Special Assistant to the governor on Documentation.

In a statement signed by the Secretary to the State Governor, Kenneth Ugbala and made avalable to newsmen in Abakaliki, yesterday,

Ugbala, stated that the handing and taking-over of duties by the SAs was with immediate effect and that all concerned should comply strictly with the directive.

“All concerned are to ensure strict compliance to this directive,” he said.

As gathered, Oko, who hitherto, was the governor’s SA on strategy, holds a Bachelor of Arts degree in Literary Studies from the University of Calabar in 1989.He was a former Special Projects Editor, the Vanguard Newspapers and Business Manager, Diet Newspapers, presently, Daily Independent newspapers.