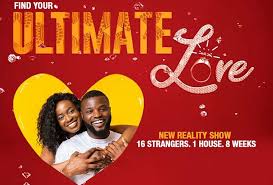 A new dating reality show, Ultimate  Love, has hit the home screen with the aim of assisting contestants to set and nurture relationships that ultimately lead to marriage.

During its first episode on Sunday, popular actress, Dakore Akande, and Oluwaseun Olaniyan, who both moderate, assured Nigerians that sexual relations between 16 contestants during the show would not be allowed as against other reality shows.

Organisers of the much-publicized reality show at the unveiling stressed that values which the reality show aimed to build for contestants are a sustainable relationship centered on love in order to have a better and lasting marriage.

The moderators, while ushering the 16 young love hopefuls as contestants into a fully furnished ‘Love Pad’, an apartment provided by the reality show in which contestants are expected to live and carry out all daily activities throughout duration of the show.

Dakore divulged that Ultimate Love show aimed at building lasting loving relationships and not just something fake for sake of cameras.

According to her, to achieve a long-lasting union, an expert would live in the house with contestants to counsel. Understanding the critical role to be played by the expert formed the reason a veteran broadcaster, Adesuwa Onyenokwe, was chosen.

“Let  me introduce to you our Auntie in the Love Pad, our chaperone who will help contestants through the rough waters of love, help them make the right decisions and give them advice, Auntie Adesuwa,”

“This show is about true love that can stand the test of time, so we would like all contestants to note that sexual relations are not permitted in the Love Pad. We are not here for that,”

“Ultimate Love is a reality show like none you have ever seen, all our contestants are here with a parent figure. Some with their mothers, aunties or fathers. This is because the aim of this show is marriage and no marriage can take place without the consent of family”.

The winner of the reality show will be rewarded with N5 million and an expense-paid traditional wedding and a brand new house for winning couple.