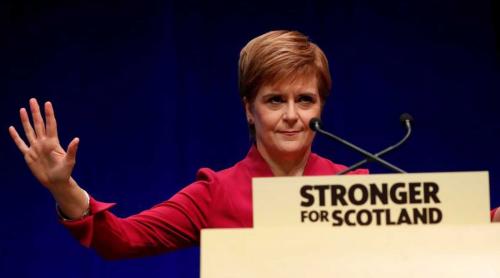 Hours after the Brexit plans seem to be achieved with the Conservative Party victory at the Parliamentary election, another challenge has emerged for the United Kingdom which could reduce its territory.

The fresh challenge is traced to Scotland, according to their leader, Nicola Sturgeon, is demanding that they are allowed to hold another referendum on its place inside the United Kingdom.

This new demand made on Friday became apparent following the crushing victory of the nationalists in the parliamentary election held yesterday.

Sturgeon, in an interview with newsmen, stressed “There is a mandate now to offer the people of Scotland the choice over our own future. There is a clear desire and endorsement for the notion that Scotland should not be landed with a Boris Johnson government and ripped out of Europe against our own will.

According to the exit poll conducted by expects, the Scottish National Party would win 55 of the 59 seats in Scotland.