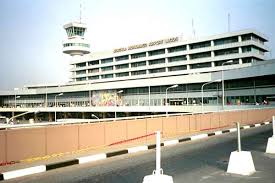 The Federal Government has disclosed that the first batch of Nigerians to be evacuated from the United Kingdom has arrived in the country following weeks of diplomatic relations between the two nations.

It said that the returnees had deplaned at the Muritala Muhammed Airport in Lagos, following which the evacuees were transported to the Federal Capital Territory, Abuja, for testing and quarantine.

The Chairman, Nigerians in Diaspora Commission, and Senior Special Assistant to the President on Diaspora, Abike Dabiri-Erewa, confirmed the arrival through a post on her social media page on Friday and assured Nigerians that the evacuees would undergo a compulsory 14-day quarantine before being allowed to reunite with family.

Dabiri-Erewa revealed that the flight bearing the returnees had arrived around 1.30 pm and stated that the two week quarantine period would be observed in Abuja.