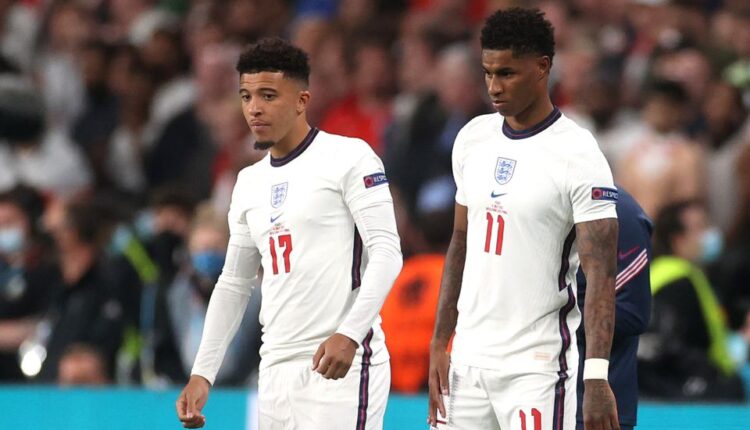 Atleast four persons were reported to have been arrested by the United Kingdom (UK) Police over alleged online racist abuse targeted at members of the England national football team after their defeat at the final of the 2020 Euro tournament.

It was gathered that the three Black players, Marcus Rashford, 23, Jadon Sancho, 21, and Bukayo Saka, 19, were the targets of the abuse after they missed spot-kicks during a penalty shootout with their opponent, Italy, which settled the final after the game finished 1-1.

The arrested suspects include a 42-year-old man, who was apprehended yesterday by Cheshire constabulary on suspicion of displaying threatening, abusive, and insulting written material that is likely to stir up racial hatred.

Confirming the arrest, the UK Football Policing Unit, which works with the Home Office and the National Police Chiefs Council (NPCC), in a statement issued on Thursday, said that it was running a hate crime investigation and had submitted dozens of data applications to social media companies.

The chief constable of Cheshire Constabulary, Mark Roberts, and the NPCC lead for football policing, said: “I’m disgusted that there are a number of individuals out there who think it’s acceptable to direct such abuse at them, or at anybody else, and we are working very closely with social media platforms to trace those responsible for these utterly vile messages.

“I want to make it clear to anyone thinking of doing anything similar that you cannot simply hide behind a computer screen, using pseudo names to conceal your identity rest assured that we will track you down and you will face the consequences of your reprehensible actions.”

The abuse has been widely condemned and the government has promised action against social media companies if they do not remove offensive material more quickly.