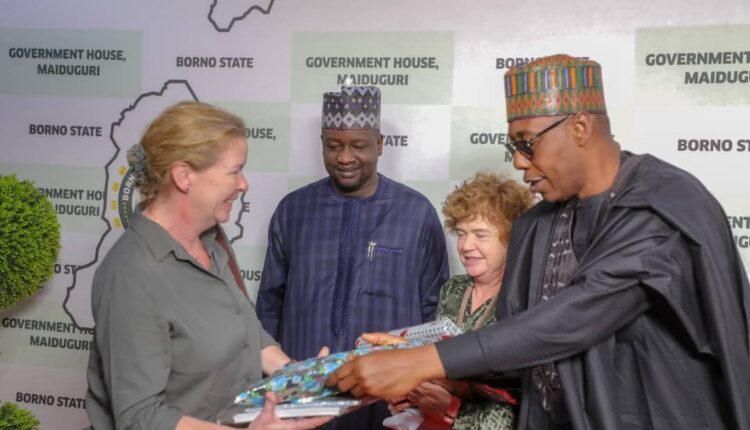 Efforts of Borno State Government to reverse devastating effect of insurgency, ensure return to normalcy and vibrant economy have been bolstered after the United Kingdom pledged to support the government’s 25 years post-Boko Haram recovery plan with implementation to fast track its pathway to full recovery.

As learnt, the UK said that the 25-year strategic plan with immediate, medium and long implementation phases, if well implemented would serve as gateway through which the government would become world class after fully recovering from impacts of more than $6 billion worth of destruction caused by Boko Haram.

The Special Envoy from the UK’s foreign affairs minister, Nicholas Dyer, said that the government of the United Kingdom would be supporting the state in some aspects of implementation stages.

Speaking yesterday at the Government House in Maiduguri, Dyer said that the implementation support was in line with the UK’s commitment to help the state navigate its humanitarian challenge.

“We are particularly pleased to see the Governor has launched his 25 year development plan for the state, because having this type of vision in terms of how to move from the situation of where we are now with deep humanitarian challenge and insurgency to a situation where we can support people’s livelihood and long term development is what we all want to see happened.

“I am particularly interested today to see the fact on ground, we hear a lot about North East Nigeria, and I have come today to visit few of the IDPs camp and to have a conversation with His Excellency the state Governor to see what the facts are on the ground and to see how the UK government can support the state of its vision and how we can improve development and delivery of assistance we are providing,” he said.

Responding, the state Governor Babagana Zulum expressed appreciation to the UK government for their continuous humanitarian and technical support to the North East.

The governor cited factors that include lack of job opportunities, hunger and illiteracy as the root causes of the insurgency, which he said, requires long and sustainable solution to address.

Zulum while appreciating the tremendous humanitarian support from the international partners, however observed that with the increased agitation by the IDPs to return home, there is need for the stabilisation as well as the recovery efforts carried out simultaneously.

The governor also noted that continuous dependence on hand outs from the international partners was not sustainable, noting that many IDPs are now returning to safe areas to pick up the pieces of their livelihood.