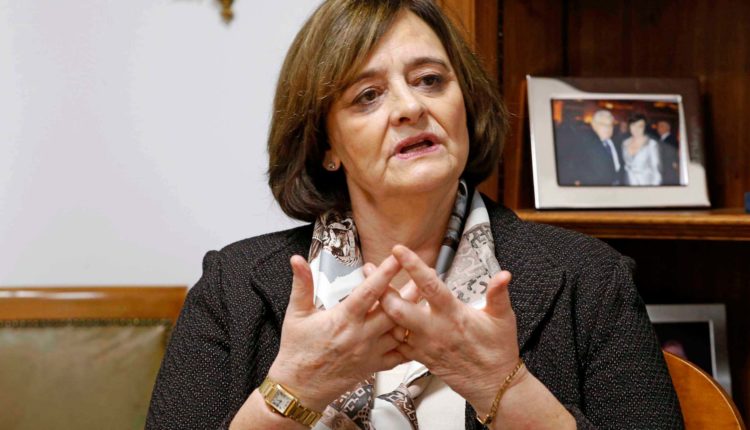 Blair, who signified her intention to attend the Webinar event designed for the youths, will be the first wife of UK former and serving prime minister to attend a democracy day celebration holding on Friday, June 12, in Nigeria.

While Blair will be speaking to the youths on, ‘Making Democracy Work for Women and Children in Nigeria’, other speakers scheduled to speak at the event will be meeting with youths to inculcate democratic values that would aid their contribution to Nigeria’s development.

In a statement by the Chief Press Secretary to the state governor, Gboyega Akosile, on Thursday, disclosed that Sanwo-Olu will explain to the youths how his administration has ensured that none of the citizens’ rights have been trampled upon in the last one year, the work done daily to ensure residents of Lagos get the dividends of democracy they agitated for while marching on the streets to demand for the return of civilian government over 20 years ago.

Akosile further said that the governor and his deputy will at the event inform the youths how they had been preparing themselves for leadership before assuming office last year.

The participants at the virtual event will be given the opportunity to make their contributions and ask the speakers questions.

May 29 was initially the official democracy day in Nigeria, marking the day when the newly elected Olusegun Obasanjo took office as the President of Nigeria in 1999, ending multiple decades of military rule that began in 1966 and had been interrupted only by a brief period of democracy from 1979 to 1983.

However, on June 6, 2018, eight days after May 29, 2018, had been celebrated as Democracy Day, the President Buhari-led Federal Government declared June 12 to be the new Democracy Day. Buhari would give his inaugural address for his second term on June 12, 2019. These were done to commemorate the democratic election of MKO Abiola on June 12, 1993, in what has been adjudged to be Nigeria’s freest and fairest elections. The election was, however, canceled by the General Ibrahim Babangida’s Junta. MKO Abiola was detained after he declared himself the president and later died in detention.

An interested participant can register for the event through lagosyouthwebinar.eventbrite.com and you will be emailed with the Zoom meeting ID after registration