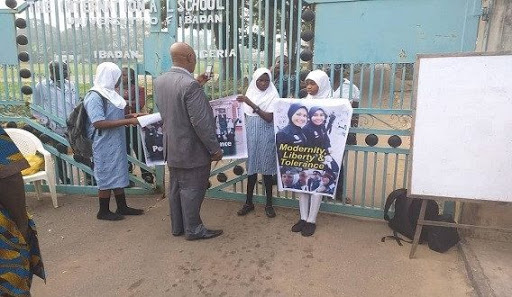 After several months of litigations, International School (ISI) of the University of Ibadan (UI) and Muslim Rights Concern (MURIC), on Wednesday commenced Alternative Dispute Resolution (ADR) meeting to resolve face-off over the suspension a student, Ikhlas Badiru, for wearing hijab to the school.

The legal battle commenced last year after the school’s principal, Phebean Olowe, suspended Badiru for not removing her hijab within the school premises.

Confirming the ADR, Director of MURIC, Prof. Ishaq Akintola, on Wednesday, disclosed that counsel to both parties were present during the out-of-court settlement aimed at ending the face-off that started over four months ago.

“After much discussion, we proposed that the school can determine color, length, shape of the Hijab but that the use should be accommodated.

The director noted that the “meeting adjourned to enable lawyers to take fresh mandates from their clients and to meet again to finalise agreement if parties are willing before next adjourned date of 28 April”.

According to him, there was an expressed understanding between both parties that the cases do not have to be withdrawn for settlement.