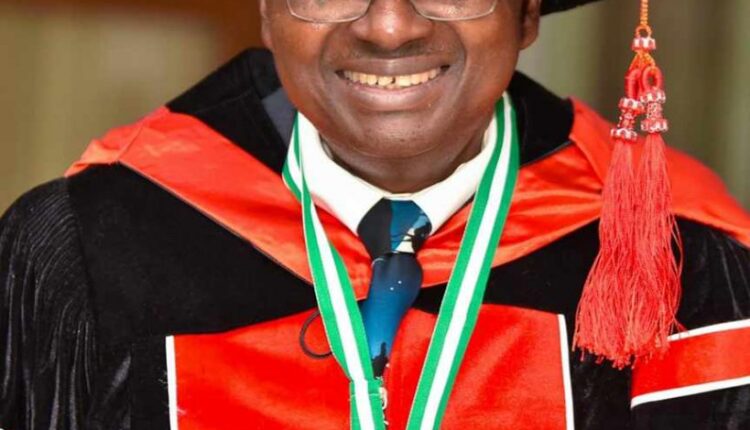 The University of Ibadan (UI) has appointed an Industrial Chemist, Prof. Kayode Adebowale, as the 13th Vice-Chancellor for the institution, ending the over one year search for Prof. Abel Olayinka’s successor.

Adebowale was picked by the institution ahead of 14 other candidates that applied to lead the varsity, considered as the premier tertiary institution in Nigeria.

The new vice chancellor’s appointment was announced on Thursday by the  Pro-Chancellor and Chairman, Governing Council of the institution, John Oyegun, shortly after the council screen eight candidates shortlisted for the exalted position in the university.

It would be recalled that the process for the appointment of a substantive Vice-Chancellor (VC) for the University started on May 18, 2020, with the approval of the council seeking applications from qualified candidates.

However, due to various petitions and allegations querying the transparency of the process as well as the interference of the Federal Ministry of Education, which is said to be completely at variance with the extant laws under the Autonomy of Federal Universities, the process was cancelled.

An Acting Vice-Chancellor, in the person of Prof Adebola Ekanola, the deputy VC (Academic) emerged by-election on the floor of the Senate of the University. The appointment was subsequently approved by the Council in the evening of November 30, 2020, a few hours before the expiration of the tenure of the then outgoing VC, Prof Abel Idowu Olayinka, and he was to serve in the position for six months.

Following the appointment of a new governing council led by a former chairman of the ruling All Progressives Congress (APC), Odigie Oyegun, a new process of appointing a substantive vice-chancellor commenced.

However, the tenure of the acting VC was extended for another six months, with effect from June 1, 2021 to provide room for the new process of appointing the institution’s 13th VC.

It is expected that with the appointment of the new VC of the Premier University, the dust would settle and peace would reign in the institution after all the intrigues and drama that characterised the whole process.