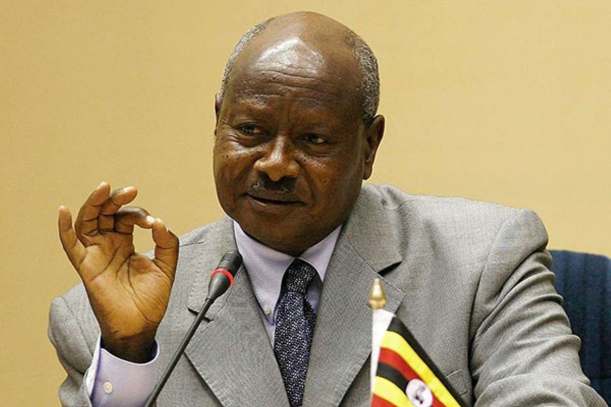 The Ugandan electoral commission has declared the country’s longtime leader, Yoweri Museveni, winner of the 2021 presidential election for the sixth term after polling more votes than his main rival, Robert Kyagulanyi professionally known as Bobi Wine.

Wine, a singer-turned-politician, has meanwhile rejected the outcome of the poll over alleged rigging and other electoral malpractices during voting exercise.

The election commission, while announcing outcome of the poll after several hours of counting, said that Museveni won in a landslide, with 58.64 percent of the nearly 10 million ballots cast, while opposition Wine received 34.83 percent of the vote.
Museveni, 76, has been in power for more than three decades and, ahead of this vote, outside observers believed there was little chance he would relinquish his position.
Saturday’s results follow months of campaigning that marred by heavy-handed state security responses to anti-Museveni protests, as well as the arrests of civil society members.
Wine said he had evidence of fraud and intimidation, but he did not provide details of that alleged evidence, saying his team would share it when communications lines were restored. He had earlier accused the electoral commission of vote-rigging.
The internet in Uganda has been shut down for days under government order. Wine said that he was struggling to get hold of his leadership team after being placed under house arrest yesterday.
Dozens of people were killed in the months running up to the vote, including 45 who died in protests in November alone, after Wine was arrested for allegedly breaking Covid-19 restrictions.
“It is clear that the violence has not been coming from the people of Uganda, the violence has been coming from the police and the military,” Wine said, when asked whether he feared his call to reject the results would lead to violence.
Ugandans voted in the poll on Thursday amid the internet shutdown. In a speech Tuesday, Museveni confirmed his government had ordered internet providers block Facebook and other social media, accusing the platforms of “arrogance.” By morning of election day, the order was extended.