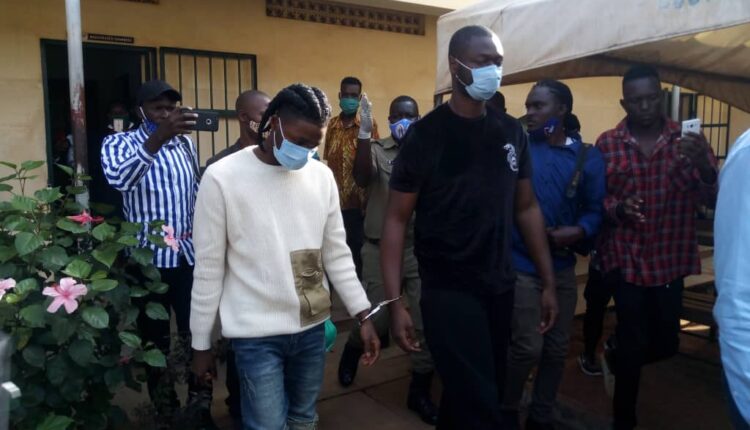 The two Nigerian artistes, Stanley Omah Didia also known as Omah Lay, and Temilade Openiyi professionally known as Ms Tems, and her manager, Muyiwa Awomiyi, and others were remanded for participating in a concert after the government placed a ban on social gathering in the country.

Meanwhile, the three police officers were remanded by the court for failing to detect the alleged criminal acts that took place within their area of jurisdiction.

As gathered, Omah Lay was remanded at the Kigo prison while Ms Tems has been under detention at the Kitalya prison until the next adjourned date, Wednesday, December 16, when the fate of the artiste and others held would be determined by the court.

The Nigerian fast-rising stars were earlier arrested and detained by police officers in Kampala, Uganda capital for flouting COVID-19 guidelines after performing at a concert held in Speke Resort, Wavamunno Road, Kampala, Uganda.

The Uganda police force said that plans were already concluded to release the artistes and others on police bond but the plan was aborted after their casefile was sanctioned by the Office of the Directorate of Public Prosecution (DPP).

Assistant Superintendent of Police and Deputy Police Spokesperson, Kampala Metropolitan Police, Luk Owoyesigyire, who confirmed their arrest yesterday, that the organisers of the concert first held lunch and dinner events, but later at night started inviting artistes to perform.

Following the outbreak of coronavirus in Uganda, the country’s Ministry of Health issued guidelines suspending concerts in order to stop the spread of the deadly virus.