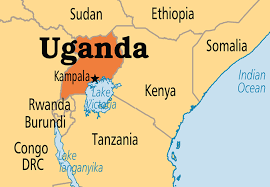 A court in Uganda has arraigned a pregnant woman and 14 other suspects,charging them with terrorism over their alleged role in recent attacks blamed on a rebel group in Kampala, the state capital.

The suspects were said to be convicted for the series of bombings which hit Uganda in October and November killing five people and injuring several others.

Disclosing this on Friday, the Ugandan authorities stated that a “domestic terror group” with ties to the Allied Democratic Forces (ADF) — a militant outfit which Washington has linked to the Islamic State — was responsible for the attacks.

The Kampala’s Metropolitan Police deputy spokesman, Luke Owoyesigyire, said that the 15 suspects appeared before court yesterday on charges of terrorism, aiding, abetting terrorism and belonging to a terrorist group.

Owoyesigyire noted that all 15 suspects were involved in the four bombings and will remain in custody until January 13 when they will appear in court again.

As gathered, following the series of attacks, Uganda last month deployed forces and launched air and artillery strikes in the Democratic Republic of Congo (DRC) against the ADF, after Kinshasa gave Kampala approval to pursue the militants on its soil.

The twin suicide bombings on November 16 in the capital Kampala left four people dead and 33 wounded. The attacks, claimed by IS, came on the heels of a bombing at a roadside eatery on October 23 that killed one woman, and a suicide blast on a bus near Kampala on October 25 that wounded several people.

Since April 2019, some ADF attacks in eastern DR Congo have been claimed by IS, which describes the group as its Islamic State Central Africa Province offshoot.

In March, the United States placed the ADF on its list of “terrorist” organisations linked to IS. Uganda has also blamed the group for a foiled bomb attack in August on the funeral of an army commander who led a major offensive against Al-Shabaab militants in Somalia.

Just in: Nigeria’s Omicron cases jump to 49 amid fourth wave