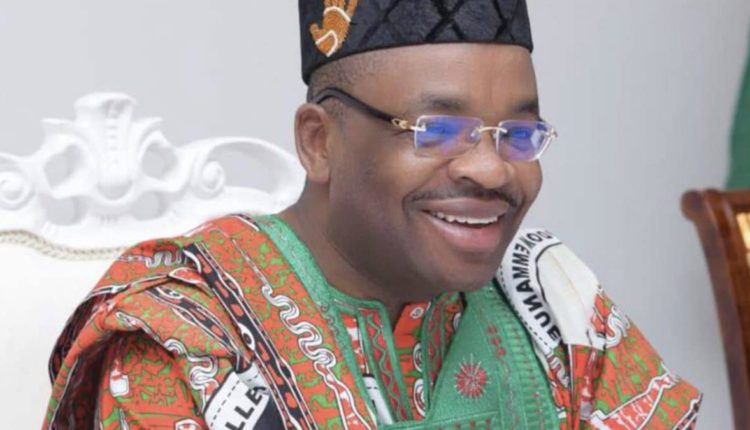 The hopes of People’s Democratic Party (PDP) gubernatorial candidate, Umo Eno, to succeed the Akwa-Ibom State Governor, Udom Emmanuel, were said to be hanging imbalance over controversies surrounding his West African Examination Council (WAEC) certificate ahead of the 2023 general election.

Eno, who was declared winner of the party’s gubernatorial primary, has been dragged before a federal high court in Uyo, the state capital, by one of the aspirants, Akan Okon, for allegedly presenting a fake West African Examination Council (WAEC) certificate before the Independent National Electoral Commission (INEC).

The ruling party’s flagbearer rather than perfecting strategies for the campaign expected to commence in another one week, was still in court trying to clear his name and cannot predetermine the court’s judgement.

The PDP governorship candidate, who was the preferred candidate of the incumbent governor’s choice, hopes were further kept hanging after the court adjourned the case to next month.

Before adjourning the case on Tuesday till October 24th, for the adoption of final addresses in the case, the court had listened to the testimony from the last witness of the 1st and 2nd defendants who were cross-examination by the Plaintiff’s counsel.

The last witness, Police Chief Superintendent, Chris Endeley, gave testimony as the third witness, subpoenaed by the court at the instance of the 1st and 2nd defendants as DW3.

Under cross-examination by the Counsel to the Plaintiff, Okey Amaechi, the police detective who works with the department of criminal investigation and intelligence department of the Akwa Ibom State Police Command, told the court he had conducted investigations into the allegations of criminal forgery preferred against the PDP governorship candidate.

He admitted before the court that he never knew Umo Eno before he was assigned the case by the Commissioner of Police and that he had to proceed to the West African Examinations Council Zonal controller’s office in Ogba, Ikeja in Lagos state where he was furnished with the details of his investigations.

He also confirmed that part of his brief was to investigate the letter of disclamation purportedly written by the zonal office of WAEC in Ikeja to a group known as Association for the Advancement of Democracy in Nigeria (AADN).

The counsel to the Plaintiff, Amaechi, however, insisted that he was not truthful and insisted that the witness manufactured the response from WAEC by himself.

“I put it to you that you are telling lies and only manufactured this result to help your friend Umo Eno”, the gubernatorial’s counsel queried.

“My lord, I went to Ogba in Ikeja myself and got the letter of confirmation from the zonal controller of WAEC,” the Police Superintendent insisted.

Before the presenting hearing, WAEC had recently confirmed before the Court that Eno indeed sat for their examinations in 1981 and 1983 respectively.

A senior assistant registrar from the Uyo office of the regional examination council, Irogberachi Ihejirika, had appeared as a witness of the 1st and 2nd defendants tender the results certificates among other documents as exhibits.

He also tendered two different letters dated August 8, and September 5, 2022, respectively, and addressed to the criminal intelligence and investigations department of the Nigerian Police Force in Uyo tendered as Exhibit D7 before the court.

Earlier the first witness for the defense team, Emmanuel Essien, of the State Ministry of Justice, was in the witness box and presented letters of confirmation of WAEC certificates of Pastor Umo Eno, dated June 27, 2022 and addressed to the Attorney General of Akwa Ibom State.

The two confirmations of results were that of May/June 1981 belonging to 2nd Defendant and that of December 1983.

The counsel to Plaintiff reserved objections to the documents being tendered while the Counsel to INEC raised no objection.