Abiru cautions Nigerians against violence, other… 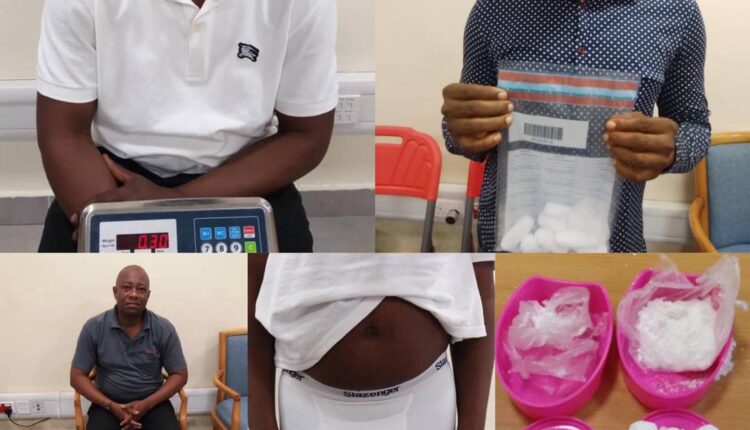 The agency stated that the Uber driver, identified as Lawal Rasheed was apprehended with 37.3 kilogrammes of cocaine at the Murtala Mohammed International Airport, Ikeja, Lagos, while trying to export the substances to Guinea.

Through a statement issued on Sunday by the Director, Media & Advocacy, NDLEA Headquarters, Femi Babafemi, stated that Rasheed was arrested at the SAHCO export shed of the MMIA on Tuesday, June 8, when he brought a consignment from his client to a freight forwarder for export to Malabo in Equatorial Guinea.

Speaking on the seizures on Sunday, Babafemi said when the package was searched, 150grams of cocaine concealed inside two pieces of air freshener were discovered.

The NDLEA spokesman added that a follow-up operation the next day led to the arrest of one Egbo Maduka, at his residence.

He said: “Investigations have so far confirmed that Egbo is behind the two seizures of 50grams of cocaine in hair attachment and another 150grams of cocaine concealed in air freshener, heading to Malabo. The seizures were made on June 4 and 8, respectively.”

Also on Friday, June 11, a male passenger, Udogwu James Johnson on Qatar Airlines from GRU in Brazil was arrested at D-arrival hall, MMIA, Lagos with nine wraps of cocaine that weighed 300grams in his underwear.

NDLEA Chairman, Brig. General Buba Marwa (Retd) in his reaction commended officers and men of the MMIA Command of the agency for their tenacity and commitment to the mandate of ridding the nation of illicit drugs.

He charged them to remain vigilant and intensify the ongoing offensive action against all drug cartels in their areas of responsibility.