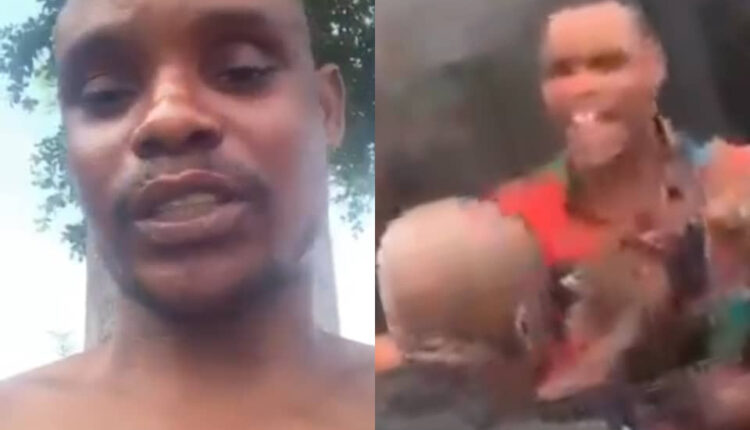 The Uber driver assaulted during EndSARS memorial protest, Adedotun Clement, has turned down the Lagos State Government apology and demanded N500 million as compensation for being assaulted by officers of Lagos State Neighbourhood Safety Agency (LNSA) at Lekki Tollgate.

Clement said that the funds would atone for the Neighbourhood officers’ assault on him during the demonstration to mark the first anniversary of military officers’ attacks on peaceful protesters against police brutality at the public facility in the state.

Also, the funds, he explained, would be used to repair his car that was towed away from the protest ground and upon return to him, had been damaged by the Lagos state government officials. 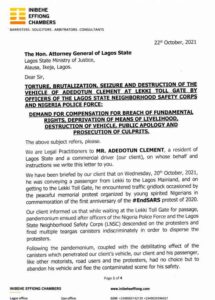 Aside from the compensation, the assaulted driver rejected the suspension of the officers linked to his assault and demanded that a stiffer punishment be taken against the officers that assaulted him including immediate dismissal.

He added that the Neighbourhood officers should also be prosecuted in court in line with the Anti-Torture Act and the Criminal Law of Lagos State.

According to him, if the demands were not met within 48 hours, he would not have any other option than to institute legal actions against the Lagos state government.

The driver, through a statement released by his lawyer, Inibene Effiong, on Friday, stressed that the apology from the government would only be accepted when it is clearly written and handed over to him. 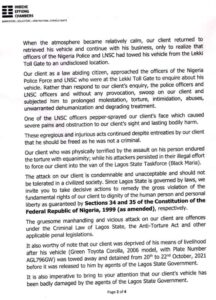 Clement’s response came hours after the LNSA announced the suspension of five officers linked to the assault of the driver during the demonstration last Wednesday in Lekki axis of the state.

“My attention has been drawn to the public statement by the Lagos State Neighborhood Safety Agency (LNSA) wherein it is stated that two officers of the agency were subjected to orderly room trial, found guilty of assault, and general unruly behaviour, and suspended for two months.

“While we commend the Lagos State Government for admitting that the conduct of its agents was criminal and unprofessional, we find the two months suspension meted on the two officers grossly insufficient and unacceptable. It is not a deterrence. The officers should be dismissed and diligently prosecuted in a court of law to serve as a deterrence to others”, he added. 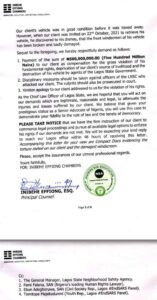 The driver, meanwhile, said: “We are expecting the Lagos State Government to respond to our modest demands within 48 hours or we will have no other option but to commence legal proceedings to seek redress for Adedotun.

The statement reads in part: “It should be noted that the vehicle of Mr. Adedotun has been returned but in a bad condition. The agents of the state government broke and damaged the front windscreen of his Toyota Corolla.

“The vehicle was in good condition before it was towed away on Wednesday, 20th October, 2021. But upon reaching where the vehicle was taken to on Friday, 22nd October, 2021, Adedotun saw the destruction done to his vehicle by agents of the state government. The implication is that he cannot use the vehicle to earn a living until it is repaired”.