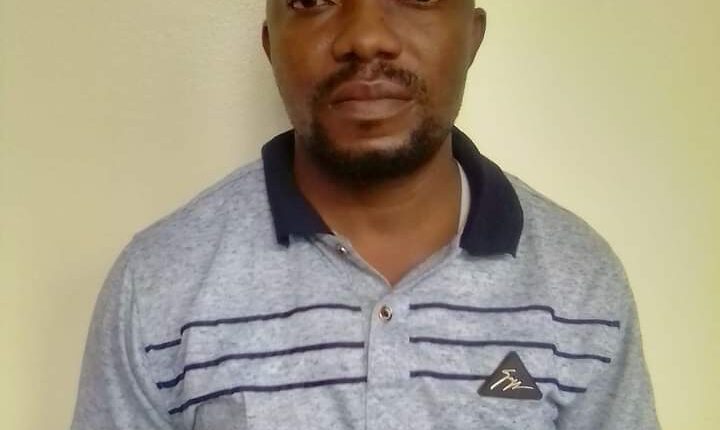 A staff of a commercial bank, United Bank for Africa (UBA), Joshua Adeleye, has been sentenced to two-year jail term for conspiracy and not applying the Know Your Customer (KYC) principle while working at the financial institution branch in Port Harcourt, River State.

Adeleye was sentenced by a Federal High Court sitting in Port Harcourt, Rivers State for transferring $450 to a customer, Olamide Fawehinmi (now at large) that was not listed as beneficiary of the said fund.

The financial expert was arraigned by the Economic and Financial Crimes Commission (EFCC) Zonal Office in the state on two-count amended charges bordering on conspiracy and failure to apply the KYC principles.

The actions of the banker were said have contravene Section 27 (1) (b) of the Cybercrime (Prohibition, Prevention, etc) Act ,2015 and punishable under Section 13 (1) of the same Act in the country.

One of the charges read: “That you Joshua Adeleye and one Olamide Akinola Fawehinmi (now at large) on or about 30th day of November, 2018, within the jurisdiction of this Honourable Court, did conspire with each other to commit felony to wit: Computer Related Forgery contrary to Section 27 (1) (b) of the Cybercrime (Prohibition, Prevention, etc) Act 2015 and punishable under Section 13 (1) of the same Act”

After the Adeleye pleaded “guilty” to the two-count charges preferred against him, the prosecution counsel, J. N. Dogonyaro prayed the court to convict and sentence the defendant accordingly.

The counsel to the defendant, Chioma Nwaka, meanwhile urged Justice P. M. Ayuba to temper justice with mercy, just as she stressed that the accused was ignorant and had not commit such crime previously in the country.

After listening to all arguments, Justice Ayuba convicted and sentenced the defendant to two years imprisonment with an option of fine of N200,000 payable to the Federal Government Account through EFCC.

Adeleye’s journey to prison started when a petitioner alleged that he did not follow the banking due procedure of getting necessary details of customers that had signified intention do business with the company through its branch in Port Harcourt, where he was working.

The petitioner alleged that, her brother sent her $450 through Western Union Money transfer from the United States of America (USA). However, Adeleye carelessly paid the money to another customer without verifying details of the customer. All efforts to make Adeleye refund the money to her proved abortive.