Tinubu: When soldiers abandon him 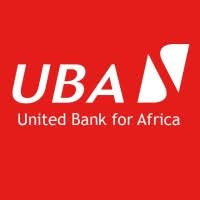 Africa’s foremost  financial institution, United Bank of Africa (UBA), has disclosed that it is set to donate a sum of Five billion Naira through its philantropic arm, UBA Foundation, as a financial relief aid aimed at supporting the continent’s fight against coronavirus pandemic in the countries which have recorded incidence of infection.

The bank, which carries out operations in all countries of the African continent, explained that the donation was in order to provide necessary support to Nigeria as well as 19 other countries in Africa, which were also battling rise of the global pandemic amongst their people, and that it expected that through injection of the relief fund into such countries, needed facilities to contain further spread of the viral disease would be effectively put in place.

According to the Chairman of UBA, Tony Elumelu, the intended five billion naira support would be made available to federal governments, and would be aimed at providing relief materials, medical care facilities, and needed fiancial support towards eradication of coronavirus in the continent.

Speaking in a statement which was released to newsmen on Thursday, Elumelu enumerated that the funds would be distributed by the financial institution’s foundation arm with One billion naira going to the worst hit state in Nigeria, Lagos State, which he said would benefit from the cash injection into its fight against the global pandemic.

The bank boss added that the remaining sum of N1.5 billion would be made available to all other countries in Africa where the financial instittion had prescence, and which also had recorded cases of the viral global pandemic.

He revealed that a sum of One billion naira had been budgetted by the company to fund provision of fully equiped medical centers, free telemedicine call center facility supply, as well as a state-of the art, fully functional medical centre, to be opened in Lagos and made available for immediate use by expert medical personnel from Avon Medical Hospital.

He advised Nigerians and Africans as a whole to comply with social distancing rules and ensure that they took all possible precautions to stay safe and virus free, adding thhat all hands would be on deck to ensure that a swift end is brought to incidence of coronavirus in the continent.

“This is a time when we must all play our part.This global pandemic must bring citizens, governments & business leaders together – & quickly. As we see a rapidly increasing number of cases of the coronavirus in Nigeria & Africa, the private sector has to work hand in hand with various Governments, in stemming the spread. We commend the efforts of governments and  we are keen to partner & contribute our resources to the collective effort, that’ll ensure the response to the pandemic is swift & effective”.