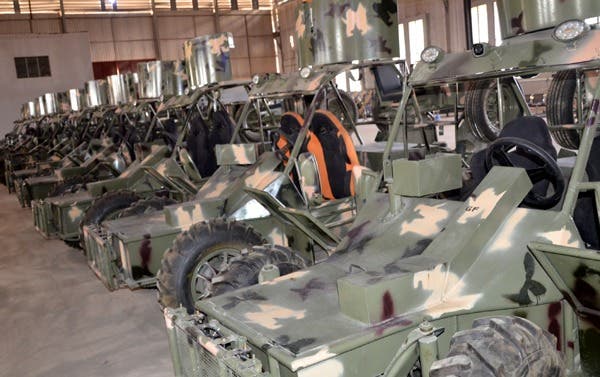 Efforts by the Federal Government to end insurgency, banditry, and other criminalities confronting the country may not yield successes soon following a decision by the United Arab Emirate (UAE) to intercept ammunition and other military weapons procured by the government from the Arab country.

The ammunitions were reported to have been held by the UAE government since three years ago when the apex government released a large percent of the $1 billion obtained from the Excess Crude Account (ECA) to buy weapons for the military to confront Boko Haram and other criminalities across Nigeria.

Other percentages of the funds also approved by the Nigerian Governors Forum (NGF) were said to have been released to other producers for the supply of ammunition and that while others have begun to release theirs, though, in bits and pieces, the UAE has decided to hold on to those procured from the country.

The Senior Special Assistant to the President on Media and Publicity, Garba Shehu, disclosed these on Friday while clearing the air on the claims made by the National Security Adviser (NSA), Major-General Babagana Monguno, over alleged missing arms funds.

Shehu, who explained that the funds, on receipt, were disbursed accordingly to countries where the ammunitions were found and could be easily be procured to boost military confidence in their pursuit to end activities of bandits, insurgents, and others threatening peace and harmony in Nigeria.

In an interview on a popular Television Show monitored by The Guild, he noted that the funds for the biggest procurement were released to the UAE where the ammunitions were found and considered to be closer to the country.

The Senior Special Assistant stressed that the country has withheld the ammunition at the detriment of Nigeria that paid for the items and needed it to restore peace and harmony in the country particularly the north-eastern part.

“As I speak to you, it is held up in a situation which only diplomacy will resolve. The Nigerian Minister of Defence actually had a meeting with the Ambassador of the UAE to Nigeria last week and the idea is to resolve this so that these equipment held up will be released.

“We need them here, all these procurements are ongoing; nothing can be bought on the shelf, they are bought on order. The NSA did not make accusations of misappropriation because there is none in dealing with this matter,” he insisted.

He noted that the procurements made have not been fully delivered and about $536 million of the money was paid directly in a government-to-government transaction with the United States government.

“In August 2018, they (the US) allowed the Nigerian Government to buy 12 Super Tucano aircraft suitable for the kind of war we are fighting in the North East. In addition to that, other arms of the military have also made procurements.

“The Nigerian Navy has done nearly 100 percent of their procurements equipment delivered; the Nigerian Air Force has bought a number of attack helicopters – 35 i-helicopters from Ukraine,” the presidential aide outlined.

After the explanation, Shehu, meanwhile, argued that Monguno was quoted out of context and did not categorically make such a claim that the funds meant for arms procurement were missing under the former security chiefs.

“I imagine that you are talking about the $1 billion taken from the Excess Crude Account (ECA) with the consent of state governors and was used for military procurement. I want to assure you that nothing of that money is missing.

“The reference by it in the interview with Hausa Service of the BBC by the National Security Adviser, I think, has been misconstrued and mistranslated”.