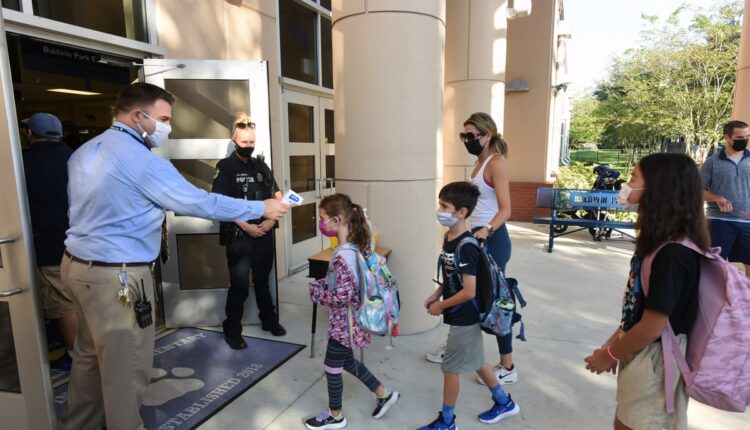 As COVID-19 vaccine for kids nears approval from relevant authorities, parents across the United States have been weighing the risks and benefits inherent in the doses for their children and wards, with many divided over possible negative effect of the jab.

Some parents have expressed hesitancy about the vaccine for their young children, citing the lack of large-scale studies and long-term data on its effects on that population. There are around 29 million U.S. children ages 5 to 11.

“Many are parents who themselves have been vaccinated – and their kids are vaccinated for everything else – but are just concerned about a brand-new vaccine,” said Shen Nagel, a pediatrician in the Denver area. “They also have the mindset that children are at lower risk of serious disease.”

In an ideal world, Leah Smithers said that she could afford to wait for longer-term testing of the COVID-19 vaccines before getting the jab for her 10-year-old son.

But with his juvenile diabetes putting him at greater risk of complications if he contracts the virus – and with so much of his young life already shaped by the pandemic – she is ready for him to receive the vaccine as soon as he is eligible.

Monday’s announcement from Pfizer (PFE.N) and BioNTech that a low dose of their coronavirus vaccine proved safe and effective for children ages 5 to 11 in a clinical trial has come as a relief to many parents anxiously awaiting the chance to protect their children.

The highly contagious Delta variant of the virus has collided with the start of the U.S. academic year, sending infections among young children soaring – including many cases requiring hospitalization – and forcing thousands of schools to shut for days or even weeks.

The companies said that they plan to file for regulatory authorization as soon as possible for a 10-microgram dose for children ages 5 to 11 after it led to a strong immune response in a 2,268-participant trial. The vaccine at its original 30-microgram strength is already approved on an emergency basis for children 12 to 15. Health officials believe that the lower dose could be approved for younger children by the end of October.

In interviews, pediatricians and public health experts said that parents appear to be growing less hesitant as time goes on. Nancy Lataitis, another pediatrician in the Denver area, said that some pandemic-weary parents have realized that vaccination may be the only way to avoid school disruptions.

“Schools are imposing quarantines, closing down,” she said. “They’re hearing about teachers who got sick.” Jill Goldstein, 50, had to pull her 8-year-old daughter from her New York City elementary school on the second day of the school year after another child tested positive, triggering a mandatory 10-day quarantine for the class.

Goldstein said that she would get her daughter vaccinated but acknowledged she might not be “first in line.” “I just want to make sure the benefit outweighs the risk,” she said. “I understand the benefit is not just for her but for the community, and I’m taking that into account as well.”

Los Angeles, home to the nation’s second largest school district, has already mandated vaccines for students 12 and up. Slightly more than 50% of U.S. children ages 12 to 15 have gotten at least one shot, according to federal data, lower than any other eligible age group.

The Vice Chair of the American Academy of Pediatrics’ Infectious Diseases Committee, Sean O’Leary, said while children remain at lower risk, close to 500 have died from COVID-19, putting it in the top-10 causes of pediatric deaths.

In some areas with high rates of infection, pediatric hospitals have been overwhelmed. O’Leary said there is no reason to expect the vaccine to pose any particular risk for younger children.

“These vaccines have probably been evaluated for safety better than any other medicine in history,” he said. He noted that vaccines historically do not carry long-term side effects. Adverse reactions tend to occur soon after vaccination, not months later.

Also, Chair of Epidemiology at the University of California-Berkeley School of Public Health, Arthur Reingold, said that it remains possible that the vaccine could cause some rare side effects in children that cannot be detected in a relatively small study. But that is not a reason to avoid vaccines.

“People say, ‘I’d like more follow-up…I want more study,'” he said. “It’s all logical and rational – and a completely impossible thing to ask for.”

Adrienne Day, a journalist in Brooklyn, definitely plans to vaccinate her 7-year-old daughter, saying she trusts the science behind it. “To me,” she said, “it’s just like getting the measles, mumps and rubella vaccine or the flu shot.”