U.S. may ban Nigerians promoting violence through politics, others 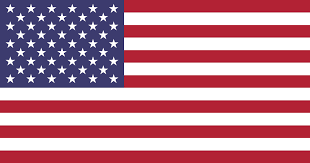 Ahead of Nigeria’s general elections in 2023, the United States of America has threatened to impose visa restrictions on anyone who promotes violence before and during the electoral exercise.

It stated that the decision was necessitated as part of its commitment to work with Nigeria in upholding its conventions towards ensuring a peaceful power transition in 2023.

Also, it said that Nigeria should maintain existing political conventions that guaranteed peace across the country especially among citizens.

Speaking during an international conference at Johns Hopkins University, United States, on Tuesday, the America’s Deputy Assistant Secretary of State for Africa, Michael Gonzales, said that the US government would continue to use its messaging to preach against violence promotion during the election.

According to him, it would use diplomatic channels at its disposal, including visa restrictions, where warranted, to dissuade those who may be tempted to use violence to undermine Nigeria’s democratic process.

On his part, Nextier’s Founding Partner, Patrick Okigbo said that the reason for hosting the conference in the United States was to elevate the election issues and conversations to the international stage.

Okigbo reiterated the need for Nigeria’s international partners to assist in upholding her democratic process, saying ‘’democracy is not an end state but a project that requires continuous nurturing.’’

He said: “Insecurity in Nigeria and recent occurrences in West Africa and Sahel regions should cause Nigeria’s elite to use the 2023 elections to douse the tensions and set the country on a growth path.’’

He further cautioned that the failure to address the issues raised at the conference could have devastating consequences, whilst attention to the recommendations could yield a bountiful harvest.