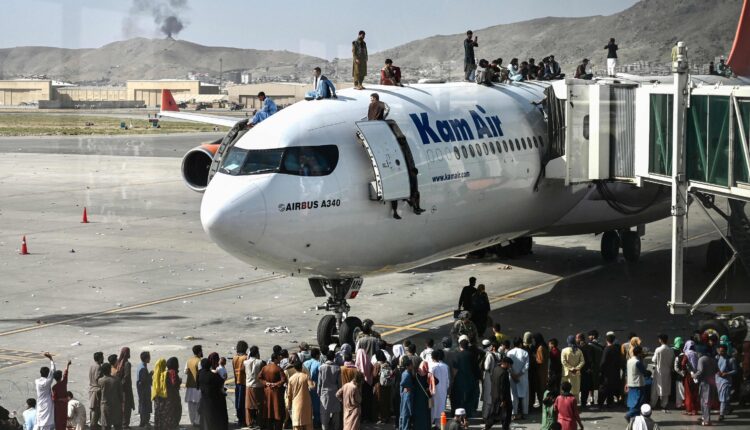 The United States (US) and German Governments have warned their citizens residing across various cities in Afghanistan to avoid travelling to Kabul airport, citing security risks after thousands of people gathered at the port and tried to flee almost a week after the Taliban Islamists movement assume the country’s leadership.

Both countries said that the current security threat around the airport particularly from the Taliban fighters that have continued to scrutinise the number of visitors to the exit port was not conducive.

The warning came after at least 12 people in and around the single-runway airfield were confirmed to have died since Sunday when the Taliban seized control of Afghanistan.

A U.S. Embassy advisory reads: “Because of potential security threats outside the gates at the Kabul airport, we are advising U.S. citizens to avoid travelling to the airport and to avoid airport gates at this time unless you receive individual instructions from a U.S. government representative to do so”.

The German Embassy also advised its citizens not to go to the airport, warning in an email that Taliban forces were conducting increasingly strict controls in its immediate vicinity.

A U.S. official, speaking on condition of anonymity, while arguing that the warning from both countries further underscores the threat activities at the airport pose to one existence, said the American military was looking at alternative routes for people to reach the airport because of threats from militant groups such as al Qaeda and Islamic State.

According to the military officer, some gates into the airport were temporarily closed and reopened over the past day to facilitate a safe influx of evacuees.

A Taliban official, speaking to newsmen, said security risks could not be ruled out but that the group was “aiming to improve the situation and provide a smooth exit” for people trying to leave over the weekend. The Taliban’s takeover has sparked fear of reprisals and a return to a harsh version of Islamic law the Taliban exercised when they were in power two decades ago.

Taylor said the United States in the past week has evacuated 17,000 people, including 2,500 Americans, from Kabul. Taylor said in the past day 3,800 people were evacuated on U.S. military and chartered flights.

Crowds have grown at the airport in the heat and dust of the day over the past week, hindering operations as the United States and other nations attempt to evacuate thousands of their diplomats and civilians as well as numerous Afghans.

As gathered, mothers, fathers and children have pushed up against concrete blast walls in the crush as they seek to get a flight out of the country after the government collapsed.

As the Taliban urged those without travel documents to go home, the Taliban’s co-founder, Mullah Baradar, arrived in the Afghan capital for talks with other leaders.

Inspite of the deliberation, the group argued that it was trying to hammer out a new government after its forces swept across the country as U.S.-led forces pulled out after two decades, with the Western-backed government and military collapsing.