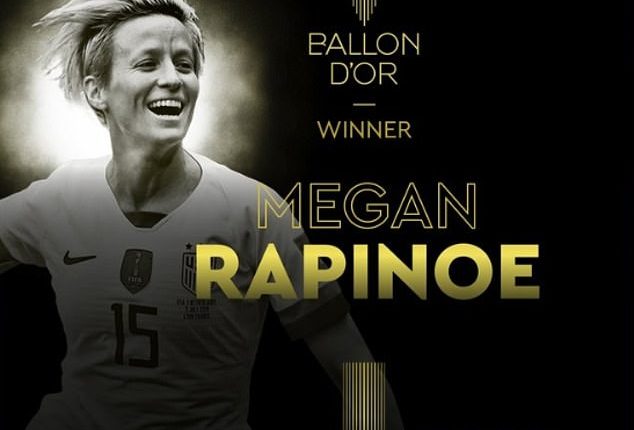 Rapinoe picked up the accolade after an outstanding year in which she won the Women’s World Cup for the second time in her career, earning the Golden Boot and the Golden Ball at the tournament with her six goals, as well as being named the player of the match in the final.

She has already been handed an individual gong this year, picking up The Best FIFA Women’s Player award and being named in the FIFPro World XI, and now has the Ballon d’Or Feminin to add to her considerable collection of personal prizes.