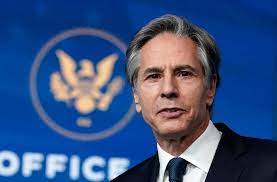 U.S. Secretary of State, Antony Blinken has written to Hong Kong authorities requesting for the immediate release of six journalists in the pro-democracy media outlet, Stand News, who were detained after a police raid that shut down the publication.

“We call on PRC and Hong Kong authorities to cease targeting Hong Kong’s free and independent media and to immediately release those journalists and media executives who have been unjustly detained and charged,” Blinken said in a statement, referring to the People’s Republic of China.

As gathered, Stand News, set up in 2014 as a non-profit organization, was the most prominent remaining pro-democracy publication in Hong Kong after a national security investigation this year led to the closure of jailed tycoon Jimmy Lai’s Apple Daily tabloid.

The Stand News raid raises more concerns about press freedom in the former British colony, which returned to Chinese rule in 1997 with the promise that its freedoms, including a free press, would be protected.