U.N. calls for dialogue amid protests against Malian president policies 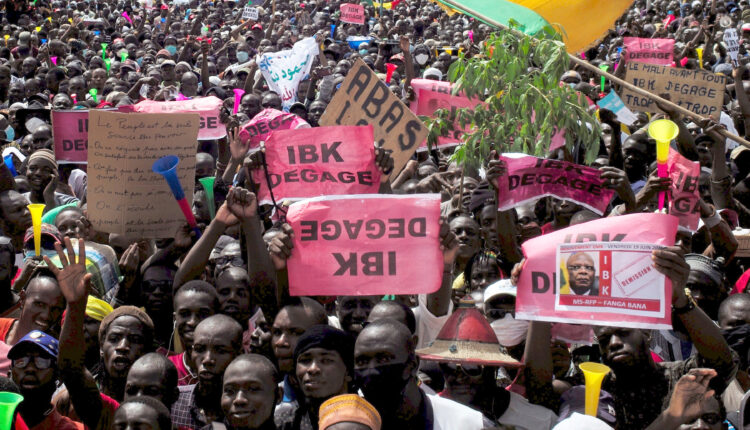 The United Nations’ Secretary-General has called for calm and dialogue in Mali after thousands of protesters took to the streets in Bamako to demand that President Ibrahim Boubacar Keita step down.

Keita was re-elected in 2018 for a second five-year term but has struggled with a years-long security crisis, an outbreak of the new coronavirus, a strike by teachers, and political tensions arising from disputed local elections in March.

Angered by administrative style adopted by the president, citizens have stormed the streets to protest that Keita steps down from office following opposition leaders call for civil disobedience if the president failed to meet their demands.

Worried by the unrest in the country, Farhan Haq, Deputy Spokesman for Secretary-General António Guterres, said: “The Secretary-General calls on all political leaders to send clear messages to their supporters to exercise utmost restraint and to refrain from any action likely to fuel tensions”.

Mali, which produces gold and cotton, has struggled to find stability since 2012 when jihadist fighters hijacked an insurrection by Tuareg separatists, seizing the entire desert north of the country.

French troops helped to recapture the north but violence persists, despite the presence of thousands of United Nations troops, with groups linked to al Qaeda and Islamic State stoking intercommunal tensions.

Obaseki goes through PDP screening ahead governorship primary in Edo