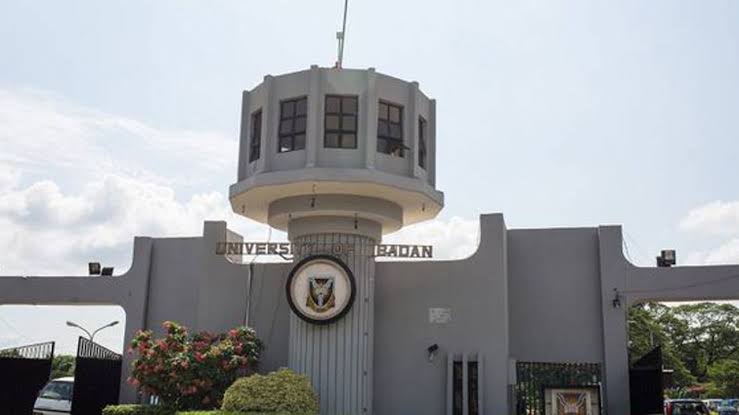 Share
By Samson Akindele
It is fast becoming unbecoming of the University of Ibadan (U.I) to record certain crimes in different waves and ways.
The famous U.I. where I recently bagged my Masters Degree in Professional Ethics has produced great men and women of high intellectual statuses in different disciplines. No one needs to introduced U.I. to anyone before one realises its greatness. But what I sense right now is that the famous institution is losing its innocence, territorial integrity and serenity. Am I right at all?
My recent experience and the experiences of others would further explain the above stated submissions.
Just yesterday, February 8, 2020, I happened to be one of the invited guests at the wedding ceremony for one of the daughters of Mrs. Ogunjuyigbe Faleye Iyabo, a “sister” and long time newsroom colleague of mine at Radio Lagos/Eko FM. The venue was the famous John Paul II Events Hall belonging to the Catholic Church inside the sprawling premier university environment.
I packed my Mitsubishi Space Gear like others around 12noon with two bags and other personal effects in it. Between 12.30PM and 2PM when I needed to pick up my power bank to recharge my phone, someone had neatly and clandestinely opened the locked vehicle and took away a black bag containing my laptop computer (with its accessories), 2 professional Sony Voice recorders, a professional headphone, a New Age power bank, one Infinix S4 phone charger, one internet modem and vital documents.
I felt “empty” after the shocking discovery. One, because I’m so used to getting professional work done, easier, through these gadgets. Two, the sheer number of the items lost at once. Three, the cost of replacing them. And four, where I lost those valuables.
I’m more concerned about the location of the crime. When I checked, the U.I.  campus community is becoming dreadful with stories of robbery, burglary, theft and other smaller crimes, some unreported or under reported. The night of Friday February 7, 2020, there were reports of three stolen Iphones at the same venue.
This is why I’m using this medium to call out the University management to take security more seriously. While I’ve learnt a lesson or two from my personal losses and the widely reported cases of hostel incidents, I foresee a more daring approach by whoever these criminals on the campus are; be they students or pure outsiders.
To state it mildly, the U.I. community is too porous and easily penetrable by non staff and non students. For instance, the John Paul II Events Hall was left unmanned by the official school’s security outfit. This led to horrendous influx of miscreants, old and young, into the campus. Some came in as old women beggars, some as petty thieves. So, who accounts for anything done by these unwanted “visitors”?. Who knows whoever would be their target outside of event venues or within event arenas?
While making an official report of my losses, the security guys on campus simply told me that it’s not their duty to man the event facility since they weren’t told nor contacted to to do. Hmm! I found that curious, though I agreed to some extent. The police maintained the same position at the Sango Police Division where I also made an official complaint. The DPO didn’t forget to tell me that the Catholic Church and event organisers should have contacted them. Hmm! Several questions welled up in me immediately. But I’ll leave that for now in order to not geopardise investigation.
Let me state that with the calibre of high class guests U.I. attracts, with some of them even coming in without any notice to the authorities, the premier university campus should be made safer and more secure. For instance, yesterday’s wedding ceremony had very senior journalists, led by the NUJ President, Chris Isiguzo, in attendance. Many other unknown (to me) dignitaries also visited the university. So, with the explanation of the official university security officials, invited guests should have been taken care of by event organisers. Taken! But who is thinking about the name and image of the institution if and when negative events are recorded on the soil of the campus? Would someone just blame event organisers for “messing up” the revered name and image of the ivory tower?
People pay to use event venues. What’s wrong in making it compulsory for them to pay for security? Or, can’t money for security be added to the total sum payable, like the VAT? I’m just asking practical questions and by extension, making practical suggestions.
The University of Ibadan remains a citadel of learning. Before it’s turned to a center of crime and criminality, the authorities should brace up if they haven’t and if they have, they should double up and do more. By my own deckoning, U.I. should be a stronghold into which people could go for shelter during a battle – technologically, scientifically, socially, and in other spheres. This must not change. Crime is a social challenge, therefore, the social scientist, the technologists, the scientists and other campus stakeholders must stem the tide of negative development.
I have recorded personal losses. Some had recorded such losses before me. Some are probably losing some valuables as everyone reads this intervention. Some would lose valuables in the near or far future. The projected future losses would happen in bigger dimensions if nothing is done.
Post script:
Let no one say that what U.I. is experiencing isn’t peculiar to the university. The premier university isn’t just the first in birth. It should also be the first in solving social problems in Nigeria, lest a citadel of learning becomes a citadel of crimes.
– Samson Akindele, is a journalist and former student of University of Ibadan.